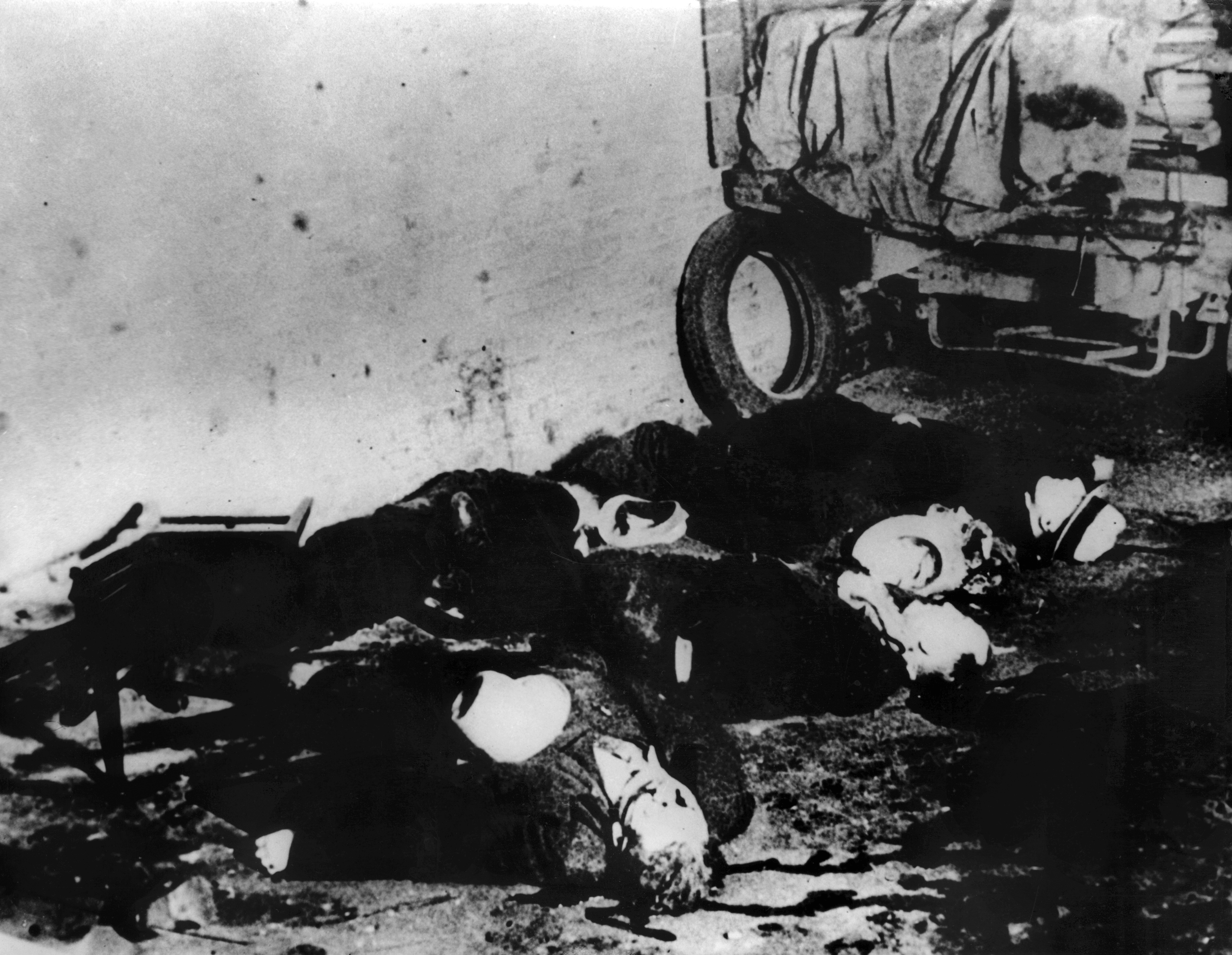 CHICAGO -- Written by hand, the autopsies on the seven bullet-riddled bodies vividly describe why the Valentine's Day massacre of 1929 is still considered Chicago's most infamous gangland killing.

The reports were recently unearthed with inquest transcripts from a warehouse after eight decades, and the Cook County medical examiner's office is now considering how best to preserve and display them.

Executive officer James Sledge, a local history fan and a Chicago native, said he felt a chill down his back when he first read the documents outlining the attack at a Lincoln Park garage that left seven men dead and more than 160 machine gun casings littering the scene.

The attack, carried out by men dressed as city police officers, is widely believed to have been ordered by famed Prohibition-era gangster Al Capone. The crime was never solved.

Shortly after Sledge joined the medical examiner's office in 2014, he asked for permission to look at the autopsy records. His staff took multiple trips to a Cook County government warehouse to find the reports, which were tucked away in a metal file cabinet.

Sledge is weighing where the documents should be stored and how accessible they should be, he told the Chicago Sun-Times in a story published Thursday.

"On the one hand, we want to have them readily available," Sledge said. "But we don't want them so accessible that we in some way anger some part of the population who feel we are not paying proper respect to the deceased."

The victims of the Feb. 14, 1929 massacre were five men who were known gangsters working for Capone rival George "Bugs" Moran, an optometrist who was friends with Moran's crew and a mechanic at the garage that served as Moran's headquarters.

They were gunned down by four men, two of whom were wearing police uniforms. Since there was no evidence of a struggle, it's believed that Moran's men thought it was a police raid.

Not everyone believes the gang war theory. Jonathan Eig, author of "Get Capone" told WBBM in 2012 the murders were sparked by a fatal bar fight.

"It never made any sense to suspect that Al Capone was involved, because by 1929, Capone didn't really have a very strong rivalry with the Moran gang. He had won that fight. He had no reason to take such a huge risk," Eig said.

In his book "Get Capone," Eig asserted the killing was an act of revenge by the family of Billy Daverne, a young firefighter who was shot to death by Peter and Frank Gusenberg, two of the seven massacre victims.

"Just about any time you see seven men dead, there's a reason that somebody was angry, and in this case, I suspect that it was the family of a young firefighter who was killed by some members of the Moran gang," Eig said. "This firefighter named Billy Daverne was shot by the Gusenberg boys and his family sought retaliation."

Eig said while the Gusenbergs were members of the Moran gang, that was incidental to their part in the bar shooting that killed Daverne.

"If he (Capone) did want to eliminate his competitor, Bugs Moran, he easily could have killed Moran himself," Eig said.

The documents that are now in Sledge's possession offer insight into the 87-year-old investigation of the unsolved crime.

"The reports are very graphic about what happened," Sledge said. "You read about history, you talk about it, but to have something in your hands -- it gives you an odd feeling."

Those documents include an inquest interview with the optometrist's mother in which the coroner prepares her for the grisly state of her son's body. Other documents also outline the difficulties investigators faced while attempting to solve the crime, including witnesses who were too afraid to testify, the limits of forensic science and photographers who were eager to document the event.

Becky Schlikerman, a spokeswoman for the medical examiner's office, said the office is still considering what to do with the documents.

The documents have to remain the property of the Medical Examiner's office because they are autopsy reports, she said.