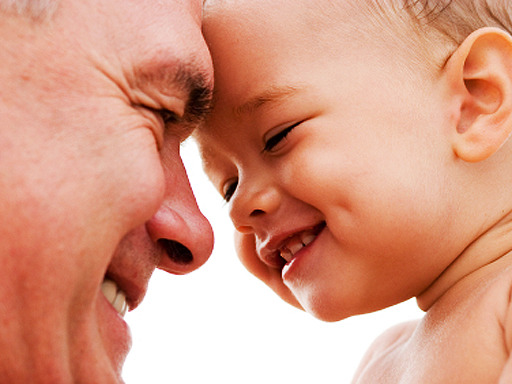 (CBS) Older dads might mean lots of experience. But a new rodent study seems to confirm what doctors have long suspected - that kids born to older fathers are more likely to have autism and other psychiatric disorders.

The study showed an older male's sperm is more likely to carry mutant genes that have been linked to psychiatric disorders.

"There's quite convincing evidence now that the offspring of older dads have an increased risk of a range of brain disorders like autism and schizophrenia and maybe even slightly lower IQ," study author Dr. John McGrath, a scientists at the University of Queensland in Australia, told Australia's ABC Science.

For the study - published in the August 30 issue of Translational Psychiatry - scientists compared the DNA of offspring from old and young mice. They found six genetic mutations in mice born to older males not found in those born to younger males. The scientists estimate these mutations may be passed on to one in every six to seven offspring born to an older dad.

The scientists also gave the mice behavioral tests, and found those born to older mice responded unusually to loud noises and a swim test.

Previous research has linked the six mutated genes to psychiatric disorders in humans.

One of the mutations McGrath's team found was in fact a "well-known autism gene," McGrath told ABC Science.

Just because a gene is found in a mouse, what makes scientists think it will trigger autism in humans?

Dr. John Csernansky, chair of psychiatry and behavioral sciences at Northwestern University, told MSNBC the similarities between the mouse and human genome are "very srong."

"So when they say, this gene is equivalent to the human gene... I don't think there's any doubt about that," Csernansky said.

One out of every 110 children has an autism spectrum disorder, and boys are up to five times more likely to be diagnosed. Children with autism may experience difficulties with social interaction, communication, intelligence, or behavior.

The CDC has more on autism spectrum disorders.