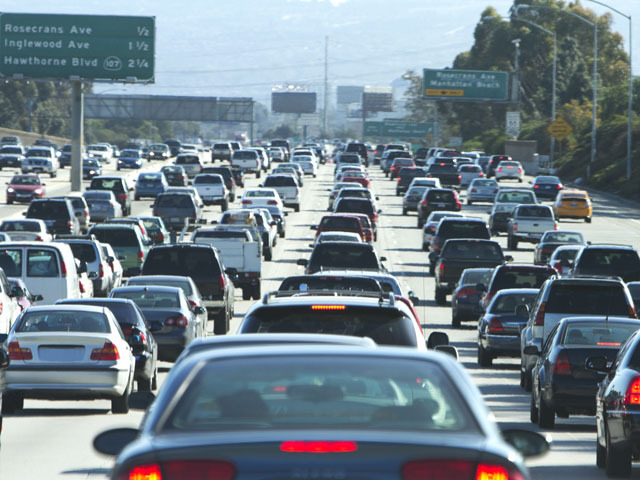 (CBS/AP) What causes autism? Researchers have blamed vaccines, hereditary factors, and certain heavy metals. And now they're adding another suspect to the list:

That's right. A new study shows that children in families who live near freeways are twice as likely to have autism as kids who live off the beaten path.

Researchers in Los Angeles looked at 304 children with autism and 259 normally developing children and found that those whose moms were living within 1,000 feet of a freeway when they gave birth had a increased risk for autism.

The study was published online in the journal "Environmental Health Perspectives" on Dec. 16.

The study's lead author, Helen Volk, a researcher at the Saban Research Institute of Children's Hospital Los Angeles, says that the increased risk might be a result of exposure to pollutants given off by freeway traffic. But she cautioned that this remains unproven.

"The study isn't saying exposure to air pollution causes autism," Volk told the Los Angeles Times. "But it could be one of the factors that are contributing to its increase."

Between 2002 and 2006, the number of reported cases of autism rose by 57 percent, according to the Centers for Disease Control and Prevention. One in 110 children is diagnosed with the disorder.