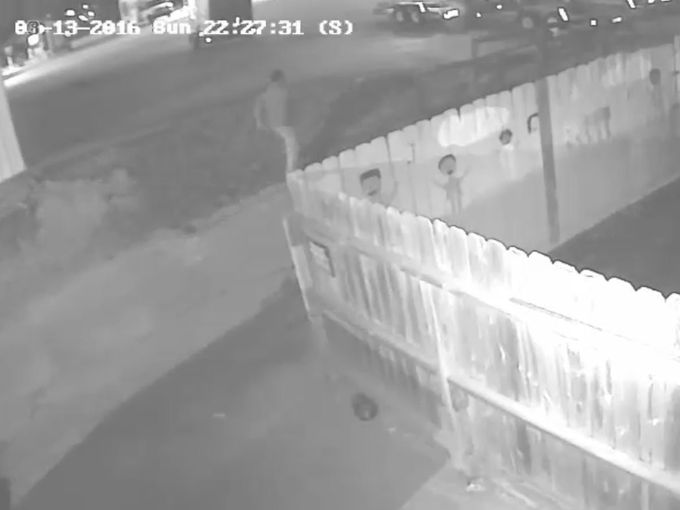 HOUSTON -- Authorities on Thursday asked for the public's help in identifying a person of interest in the disappearance of a 14-year-old girl whose father was fatally shot and dumped in a ditch in a rural area north of Houston.

Authorities are still actively looking for Adriana Coronado, who was last seen on Saturday in the Houston suburb of Katy, where she lives, said Walker County Sheriff Clint McRae.

"We are pursuing the investigation as if she is still alive," he said at a news conference.

Authorities have said they believe Adriana is in great danger and might have been with her father, Caesar Vladimir Coronado, when he was killed. The father's burned pickup truck was found near Conroe, 45 miles south of his body.

Investigators on Thursday released surveillance video that showed an unidentified heavyset man leaving the father's truck in Conroe Sunday night. The truck is driven off screen and a few seconds later, a burst of light can be seen coming from the direction of the truck. Authorities believe the burst of light was when the truck was set on fire. The man can be seen running away from the direction of the truck and later seen running down an alley.

Investigators said the man might have been picked up by a dark-colored SUV.

McRae said that while the unidentified man's face is not clear on the video, he is hoping someone might be able to identify him by looking at his build, the way he was dressed or how he walks and runs.

"This is going to be crucial in solving this case," McRae said.

An Amber Alert was issued Monday for Adriana. She is described as being five feet tall, weighing 105 pounds, having brown eyes and usually wearing black framed glasses. McRae said investigators don't know what the father and daughter were doing in Walker County, where Coronado's body was discovered Sunday afternoon about 80 miles north of Houston.

The FBI and Houston police are helping in the search for the girl. Texas EquuSearch, a local nonprofit search-and-rescue organization, is also looking for Adriana at an undisclosed location in the Houston area, McRae said.