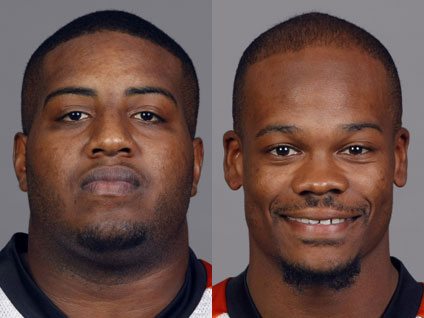 (CBS/WKRC/AP) CINCINNATI - California authorities say they tracked a package containing 2.5 pounds of marijuana to the home of a Cincinnati Bengals player in suburban northern Kentucky.

Spokeswoman Michelle Gregory with the California Department of Justice says Bengals teammates Jerome Simpson and Anthony Collins, both 25, were at Simpson's home in Crestview Hills Tuesday when the package arrived at the house. A woman named Aleen Smith, according to news website California Watch, signed for the package, which was sent from Eureka, Calif.

Gregory says no arrests were made and that the investigation is ongoing.

Gregory told the Cincinnati Enquirer that Simpson told officers he lived at the home, and he allowed them to do a search. Police allegedly found six more pounds of marijuana inside the home along with empty parcels, scales and packaging materials.

"They had it all set up to receive supplies of high-grade marijuana from Northern California, and from there, it was being distributed from that residence," LaNier said.

California Watch reports that the operation was initiated by a special marijuana task force after agents discovered a suspicious package at a commercial sorting facility in Sacramento. Agents then alerted police in Kentucky, who intercepted the package and monitored its delivery.

The the NFL is aware of the investigation and the Bengals have no comment on the situation, reports CBS affiliate WKRC. Simpson and Collins are both in their fourth years with the Bengals. Simpson was drafted in the second round in 2008. The wide receiver had a career-high 136 yards on four receptions in last Sunday's game in Denver. Collins is a backup left tackle. He has started 16 games for the Bengals.