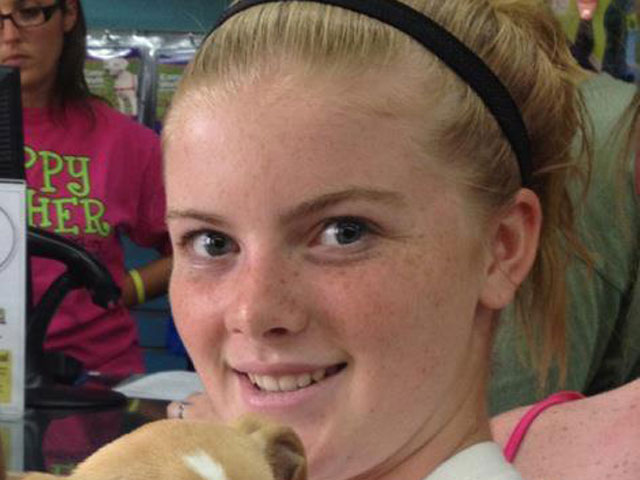 Authorities confirmed that the body of Autumn Pasquale was found in recycling bin at about 10 p.m. Monday at a property in Clayton, NJ.

On Tuesday, police found and seized a bicycle matching the one Pasquale was riding the day she disappeared from a property in Clayton. Authorities could not confirm, however, that the white Odyssey BMX discovered close to where her body was found did indeed belong to Pasquale. Neighbors told The Associated Press that there is a boy in the neighborhood with a reputation for stealing bikes.

Police also seized a backpack they believe belonged to Pasquale, according to The Associated Press.

"On this sunny morning, we mourn the loss of a beautiful girl named Autumn," said Gloucester County prosecutor Sean Dalton during a news conference. "The search for Autumn is over, but the investigation to find out what happened to Autumn has begun."

Dalton said says her family was notified of the discovery Monday night. An autopsy was expected to be performed today.

Autumn was last seen 12:30 Saturday afternoon, reported missing later that night, and has been the subject of an in-depth search in and around the quiet town of Clayton. She was last seen riding her bike.

"Our hearts go out to the family and to all the residents of Clayton who stood together in support of this little girl," Dalton said.

Dalton said as of Tuesday morning, no arrests have been made and that at this point, no persons of interest are in police custody. He would not label the crime a homicide.

"If it is determined someone is responsible for her death, they don't deserve to be walking the streets. We will put them where they belong, behind bars," said Dalton.

Two 16-year-olds, Na'eem Williams and Jodie Robinson, told The Associated Press their friends, three teenage brothers, lived at the home where the bike and backpack were found. Another young man, 19-year-old Corey Hewes, told the AP he traded BMX bike parts with one of the brothers.

Dalton stressed Gloucester County and the borough of Clayton are safe communities.

Dalton urged parents to do what they've always done. "You're going to hold your children close and take the necessary steps to protect your children like you've always had."

Autumn would have turned 13 a week from Monday. On Monday, a couple hundred volunteers showed up to help search for the girl, but this morning their worst fears have been realized.

Clayton resident Matt Quigley lives just doors down from where the body was found.

"I walked about eight miles yesterday, handing out pamphlets. Today, I find her 100 yards from my front door. It's crazy. We've been doing everything we can possibly do to bring this child home safely. And it's nuts."

As investigators worked to gather evidence from the scene where the body was found, Dalton, the prosecutor, thanked community members for all the help in the search and for their support of the grieving family.

"Everyone who's been involved from the start has a right to know what happened. We're going to find that out. But I think today we need to remember a young girl, and law enforcement will continue to do it's job so we can get the answers we're all looking for," he said.

Pasquale's family also thanked the community for the thousands of man-hours that went into the search for the 12-year-old.

"There's evil everywhere, even in the small town of Clayton," Paul Spadofora, the girl's uncle, said at the news conference.