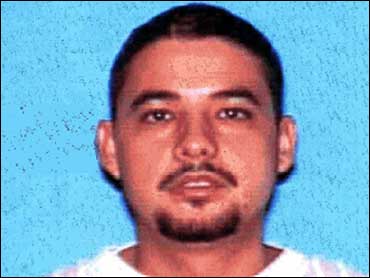 Investigators struggled Tuesday to explain why a 27-year-old man with no criminal record and no apparent signs of mental illness savagely beat his toddler son to death on a dark country road.

Sergio Casian Aguiar, who worked at a supermarket in Turlock, was fatally shot by police Saturday night after he refused to stop attacking his 2-year-old son, according to the Stanislaus County Sheriff's Department.

Aguiar's wife, Frances Liliana Casian, a kindergarten teacher, told detectives that she didn't know why Aguiar would brutally beat their child and said he didn't have any mental illness that she knew about, according to sheriff's spokesman, Royjindar Singh. Casian and Aguiar had been separated.

Results from toxicology tests to determine if Aguiar was drunk or on drugs are expected in about four weeks.

Detectives have been interviewing friends, neighbors and family members, but they still haven't found an explanation for the grisly killing, Singh said Tuesday.

"As of now, there's still no reason why he did this," Singh said. "Nobody said his behavior was strange at all. He was normal as far as they knew him."

Aguiar had immigrated from Mexico, and family members will be traveling from abroad to make funeral arrangements and meet with Stanislaus County investigators, Singh said.

The boy was staying with his father over the weekend because his mother was out of town. Aguiar didn't tell his roommate where he and his son were going when he left their house Saturday night, Singh said.

"We may never know why the suspect beat that child to death," Stanislaus County Sheriff Adam Christianson told The Modesto Bee. "We hope to find out, but it's going to take a lot more work."

Witnesses said they saw Aguiar stomping, kicking and punching the toddler next to his pickup truck, which was parked on a remote, unlit road in rural Stanislaus County around 10 p.m. Saturday.

Deborah McKain, 51, who lives in nearby Crows Landing, and her boyfriend, Dan Robinson, were driving on West Bradbury Road, just outside the San Joaquin Valley town of Turlock, when they spotted Aguiar on the roadside.

She told the San Francisco Chronicle that at first she thought he was "kicking garbage or something," but soon realized he was attacking a child. She said the child looked like a "rag doll," unconscious with his clothes falling off. She estimated that she saw him kick or stomp the boy at least 100 times.

Robinson, a volunteer fire chief in Crows Landing, and at least one other man tried to pull Aguiar away from the boy, but the suspect kept attacking the toddler.

Robinson told reporters that "there was a total hollowness in his eyes" and that Aguiar spoke calmly when he said he was beating the "demons" out of the boy. At one point Aguiar asked Robinson for a knife.

Minutes after at least three 911 calls were placed - at 10:19 p.m. - officers in a sheriff's helicopter landed in a nearby cow pasture. Modesto Police Officer Jerry Ramar jumped out, ran across a field to an electrified fence next to the road and ordered Aguiar to stop.

"Put your hands up. Step away from the baby," Ramar said, according to Singh.

When Aguiar stuck out his middle finger and kept kicking the boy, Ramar fired his gun, killing the suspect with a shot in the forehead.

Two deputies tried unsuccessfully to perform CPR on the boy before he was rushed to Emanuel Medical Center in Turlock, where he was pronounced dead.

Ramar, who has been a law enforcement officer for more than six years, has been placed on paid administrative leave, a routine response for officer-involved shootings.

Because the boy was beaten beyond recognition, investigators plan to use DNA tests to confirm that the toddler was Aguiar's son. They also plan to test blood that was found inside the cab of Aguiar's Toyota pickup, said Christianson.

"This event didn't start at Bradbury Road. The blood and other evidence leads us to believe the suspect may have ended up there, but the crime really started someplace else," Christianson told the Bee. "That child probably suffered fatal injuries before the motorists arrived on the scene."

Aguiar worked at a 24-hour FoodMaxx in Turlock, where he was described as a good employee, according to a company spokesman.

Ronda Donner, manager of the Mulberry Mobile Park in Turlock, where the family lived for a few years before they moved last year, said she was "blown away" by the news.

"Nice, no trouble. Their rent was always paid on time," Donner told the Chronicle. "I'm still kind of shocked. He didn't seem like that kind of person."

Authorities said they had previously misspelled the perpetrator's name as Aguilar.