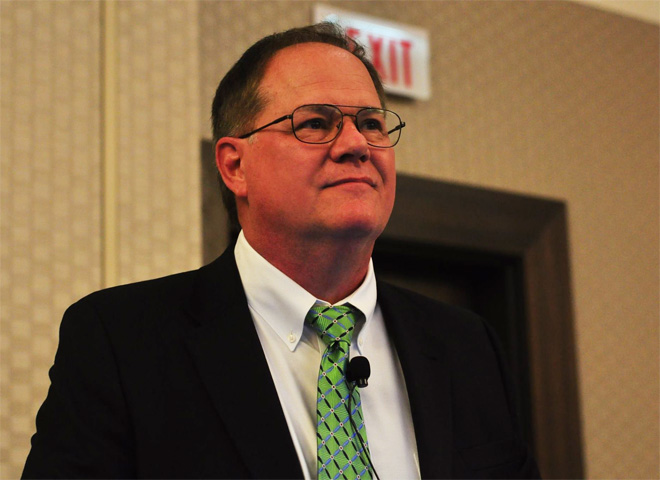 CHIMNEY ROCK, N.C. -- Authorities say Dr. Jeff Bradstreet, who published research based on the medically disproved claim that vaccines cause autism, has been found dead in an apparent suicide in North Carolina.

The Rutherford County Sheriff's Office said in a news release issued this week that Bradstreet died of what appears to be a self-inflicted gunshot wound to the chest.

Bradstreet, who was from Braselton, Georgia, was found in the Rocky Broad River in Chimney Rock on June 19. His body was found by a fisherman. The sheriff's department said Tuesday that a handgun was also pulled from the river.

Bradstreet ran a clinic in Buford, Georgia. He also owned Creation's Own, a maker of dietary supplements, which he also prescribed.

The Gwinnett Daily Post reports that agents from the U.S. Food and Drug Administration, aided by the Georgia Drugs and Narcotics Agency, raided the Bradstreet Wellness Center last week. The FDA did not reveal to the paper why agents had searched Bradstreet's office.

Bradstreet's family is now raising funds online to investigate his death, including "an exhaustive investigation into the possibility of foul play."

The Bradstreet Wellness Center's website describes the practice's focus as "treating children with Autism Spectrum Disorder, PPD, and related neurological and developmental disorders," through the use of measured biomarkers.

"Our mission is to positively impact children's lives by meeting their biological, behavioral, and nutritional needs," it states. "Properly identify and address the underlying issues so that the child's brain, gut and immune systems can begin to function and heal."

In 2009, the U.S. Court of Federal Claims, Office of Special Masters found Bradstreet's research claiming causation between autism and environmental mercury exposure, which were published in non-peer-reviewed journals, and his testimony about links between a young patient's autism and his MMR vaccination, to be unconvincing and unsupported by evidence.

The court's opinion also questioned Bradstreet's treatment of a Florida boy whose family had filed a claim under the National Vaccine Injury Compensation Program. Over several years, Bradstreet prescribed a variety of dietary supplements, "de-yeasting," secretin infusions, immunoglobulin therapy and chelation therapy, as well as numerous non-standard laboratory tests which were not FDA-approved.