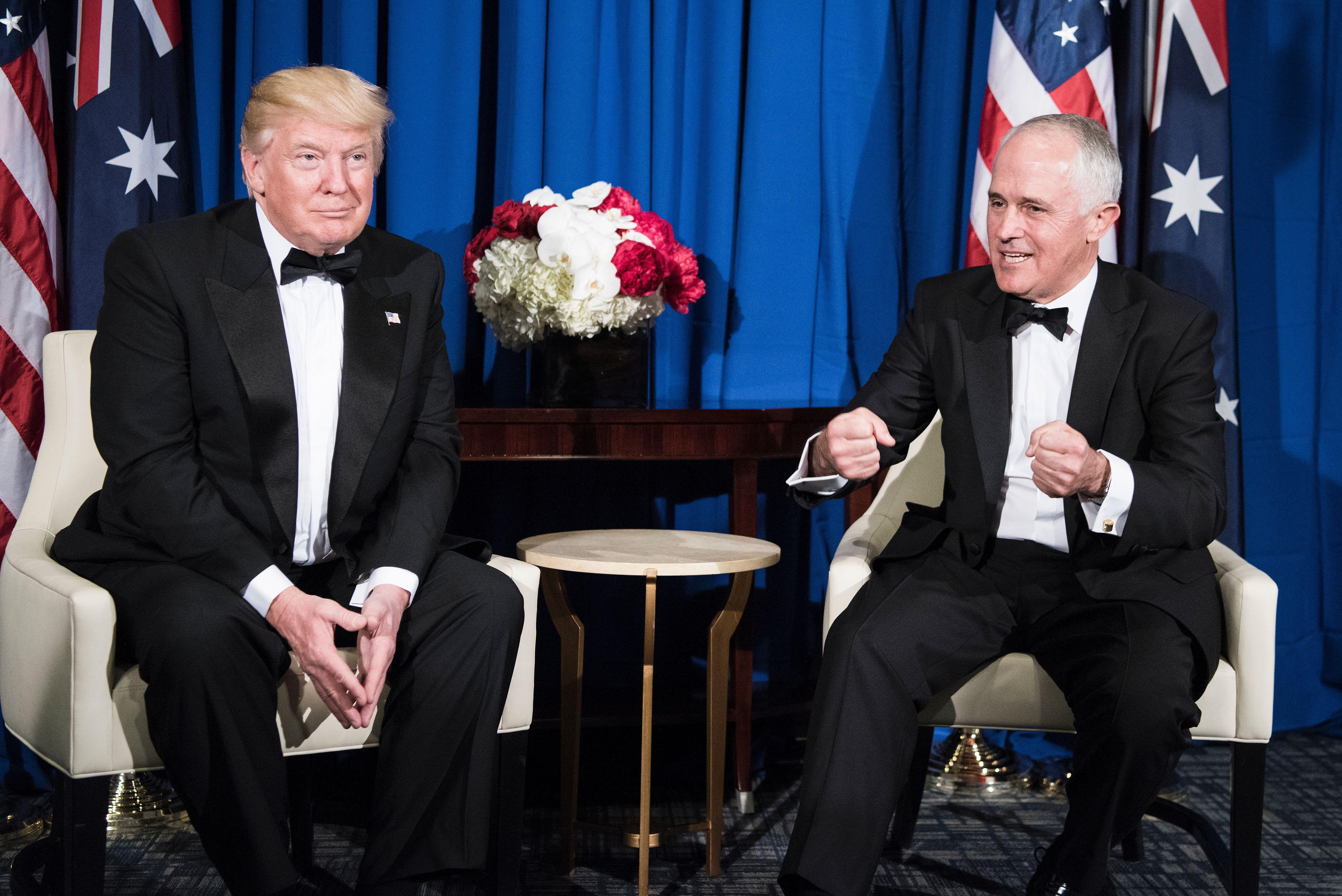 CANBERRA, Australia -- Australia's prime minister said he was disappointed that excerpts of an off-the-record speech he gave at Parliament House parodying President Donald Trump were broadcast by a television network on Thursday.

Prime Minister Malcolm Turnbull made fun of both Mr. Trump and the Australian government's dismal opinion polls during a lighthearted speech on Wednesday night at an annual ball hosted by the Federal Parliamentary Press Gallery.

"Donald and I, we are winning and winning in the polls. We are winning so much. We are winning like we have never won before," Turnbull said in a speech apparently recorded on a phone and broadcast by the Nine Network. The crowd laughed.

Turnbull's first telephone conversation with President Trump in January over a refugee resettlement deal was, in Trump's words, "testy." But the two leaders made a public show of solidarity and friendship when they met for the first time in New York in May.

While Turnbull is rarely critical of Mr. Trump in public, he mocked the president off-the-record.

Turnbull's office and the press gallery reacted angrily to the speech being broadcast. Turnbull said he was disappointed by the leak, telling Melbourne Radio 3AW:  "it's a breach of protocol, it's a breach of faith and all those things."

"But you know, it's light hearted, it's affectionate, good natured and the butt of my jokes was myself," Turnbull said.

Federal Parliamentary Press Gallery President Andrew Meares said the ball committee was disappointed that guests at the ball had not complied with the non-publication request for the speeches of the prime minister and opposition leader.

The veteran political journalist who reported the speech, Laurie Oakes, said he did not attend the ball and did not accept reporting should be banned at a function hosted by journalists.

"The idea that there be no leak with hundreds of people in the room armed with mobile phones is just ridiculous," Oakes said.