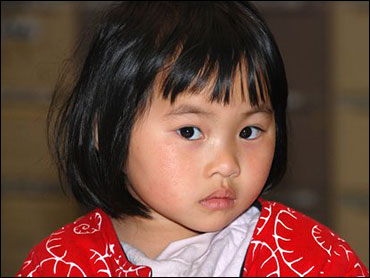 Authorities said Tuesday they feared for the safety of the mother of a 3-year-old girl believed to have been abandoned by her father at a train station in Australia.

Australian police said they believe Xue Naiyin, a Chinese-language magazine publisher in New Zealand, went to the United States after dumping his daughter in the southern Australian city of Melbourne on Saturday.

Qian Xun Xue was found standing alone and confused at the Southern Cross train station. Officials nicknamed her "Pumpkin" after the brand of children's clothing she was wearing, until she was identified Monday. A New Zealand lawmaker said Qian's grandmother may soon come to be with her.

Meanwhile, New Zealand police have not been able to find the girl's mother, Anni Liu, 27, at the family's home or other properties, and are concerned she may have been harmed because she has not contacted them about her daughter.

Police had been called to the home in the past year about "family violence incidents," he said.

Authorities say Qian and her father left New Zealand's northern city of Auckland - where the family had lived since 2002 and where Xue, 54, is the director of the Chinese Times One Group - last Thursday and flew to Melbourne.

On Saturday, security camera footage showed a man, believed by police to be Xue, leading Qian by the hand through the train station, then leaving her at the foot of an escalator as he ascended, wheeling a suitcase.

Inspector Brad Shallies of Australia's Victoria state police said U.S. authorities and Interpol had joined the search for Xue, and that many possible explanations remained for his behavior.

"We are not flagging him as a danger at present," Shallies told Australian Broadcasting Corp. radio.

The girl was in temporary foster care in Melbourne.

New Zealand lawmaker Pansy Wong told the Australian Associated Press that Qian's grandmother was considering flying from China to Australia to be with her granddaughter, or to New Zealand to search for her missing daughter.