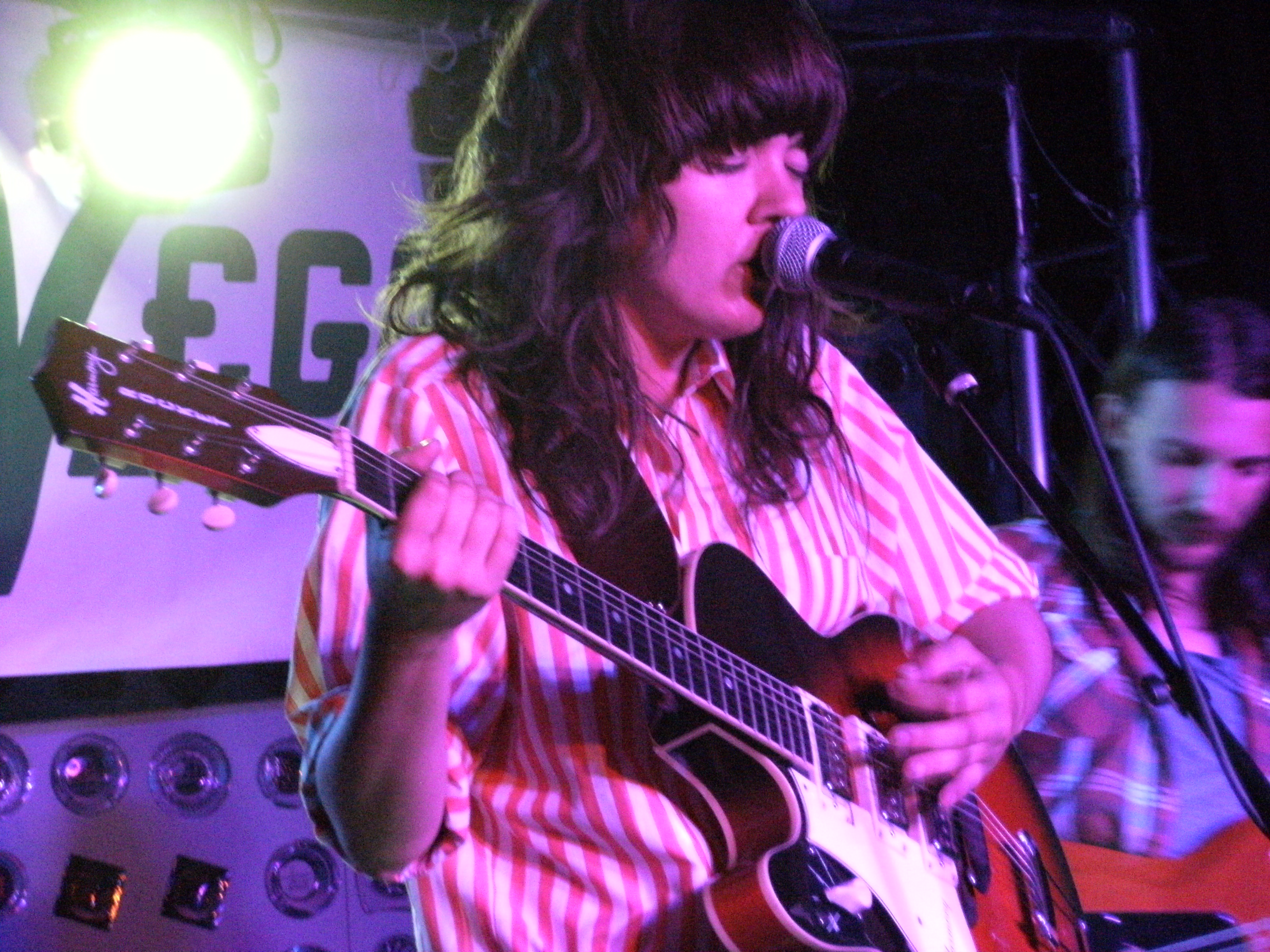 As with any young artist who is starting out in the record business, the traditional goal is to land a label deal in order to get his or her music out to a wider audience. But emerging Australian singer/songwriter/guitarist Courtney Barnett did the exact opposite by forming her own Melbourne-based label, Milk! Records, whose roster not only includes herself but several other local artists as well. It's an indication of an entrepreneurial 'do-it-yourself' spirit that goes back to the 25-year-old musician's childhood.

"I tried to charge my family 10 cents if they went into my room," she tells CBS News. "I put a little box next to the door handle, but no one ever paid the entry fee. That business failed. I like being able to do things my way. When I made the first EP, I had no idea if anybody would be into it at all, so I just didn't bother 'shopping it around' to people, I didn't even know what that meant then. I just wanted people to hear it so I started a label."

The EP that she's referring to is called "I’ve Got A Friend Called Emily Ferris" from 2012. That and another EP she recorded, "How To Carve A Carrot Into A Rose," were combined together to form the full-length album, "The Double EP: A Sea of Split Peas," which was released last October. Already at this stage in her career, Barnett has garnered mentions in the press outside of her native Australia, such as The New York Times, Rolling Stone and The Guardian.

"I feel a little excited for sure,” she says about the attention. "I'm excited to travel and see all the art galleries of the world. I'm totally chuffed that people are connecting with the music I write. I don't need to be a big famous guy, I just want to make music and see some cool stuff. I try to be optimistic even though I'm trained to be pessimistic. Maybe I'm just mistic. Mystic! Is that what mystic means?!"

The music from her latest release showcases Barnett's rootsy, loose brand of indie rock and pop – complemented by her wistful singing. Just as style of music is stripped down, so are Barnett's down-to-earth lyrics, which she attributes to her own experiences and personal observations that she writes down in her journals.

"One of the first songs I ever wrote was when I was about 10 and it was a love song called 'You,' and I remember looking back at it a few weeks later and thinking this is the stupidest thing, it's a love song about no one. I've just written a love song because that's what people do. So then I wrote a song called 'Doona,' then a song called 'Red Torch' then a song called 'I'm Not Into Shooting People' (which was about James Bond 'Goldeneye' we got on Nintendo 64 for Christmas). My point is, is that I like to write about normal things that I see happen instead of making things up, because there's a real beauty in the everyday."

Barnett's journalistic writing style comes to the fore on the album track "Avant Gardener," which was inspired by an anaphylactic panic attack during a heatwave in Australia. Barnett says it's 100 percent realistic. "The only fictitious part is the adrenaline to the heart," she explains. "I got adrenaline to the thigh. But that didn't sound as good. And I had to emphasize the 'Pulp Fiction' thing because when the nurse said she was giving me an adrenaline shot, that's the first thing I thought of and I totally freaked out."

Another track from the record is "History Eraser," which is sort of reminiscent of Bob Dylan in terms of the wordplay; the song, which was nominated for an Australasian Performing Right Association (APRA) Music Award  for Song of the Year, was inspired by a drunk dream in a hot room. "Of course dreams stem from a mixture of the subconscious and real-life  happenings,” she says, "but dreams are dreams and they're insane so it's kind of hard to explain the intricacies of that song because I still don't fully understand some of it."

Although the music was born out of two different EPs, Barnett says it all come from the same place -- "the same observational writing. But I guess each EP is an overview of the last two/three years of my life, respectively. I thought that made for a pretty good pairing. A lot of cool stuff has happened in the last two/three years."

Growing up, Barnett's exposure to music came through mix-tapes from a neighbor whose step-dad from America would bring back CDs; some of the music she heard from that time included Nirvana, Red Hot Chili Peppers, Jimi Hendrix and Green Day. As a left-handed person, Barnett learned how to play guitar by turning a right-handed guitar upside down.

"I begged my parents for lessons and they finally gave in when I was about 10," she recalls. “They bought me a cheap electric guitar for my birthday and I started getting lessons from Mat Robinson who was (still is) the biggest legend. He was like, 'OK, this week we're gonna look at 'The White Album,' which is by a band called the Beatles and we're gonna start with this song called 'Blackbird.' Which to this day is still my mum's favorite song that I can play ('play that beautiful song Courtney, oh you know, the one, the Beatles one'). Mat opened my tiny little mind to heaps of cool music, Jeff Buckley, Led Zeppelin, Dick Dale...stuff I'd never heard of at that point."

Barnett is gradually building up her profile with her return to the States for a few dates starting in February. Prior to that, she made her first ever trip to America this past October for the CMJ Music Marathon, where she and her band rocked the stage at a club in Brooklyn, New York. "It was great!" she says of that experience. "It was the first time I've traveled further afield than Australia and New Zealand, so it was a pretty surreal experience buzzing around this huge new place and playing so many shows to such warm audiences."

And while "The Double EP: A Sea of Split Peas" only came out a few months ago, Barnett is already working on her next full-length record. "It'll be along the same kinda vibe as the other stuff, I guess," she says. "That's just how I naturally write a song I think. I've got pages and pages of writing full from airplane trips. I write a lot on airplanes. I might take some time off work next week and go away to the country by myself and see what happens."

Kourtney Kardashian and Travis Barker get married
Thanks for reading CBS NEWS.
Create your free account or log in
for more features.
View CBS News In
CBS News App Open
Chrome Safari Continue
Be the first to know
Get browser notifications for breaking news, live events, and exclusive reporting.