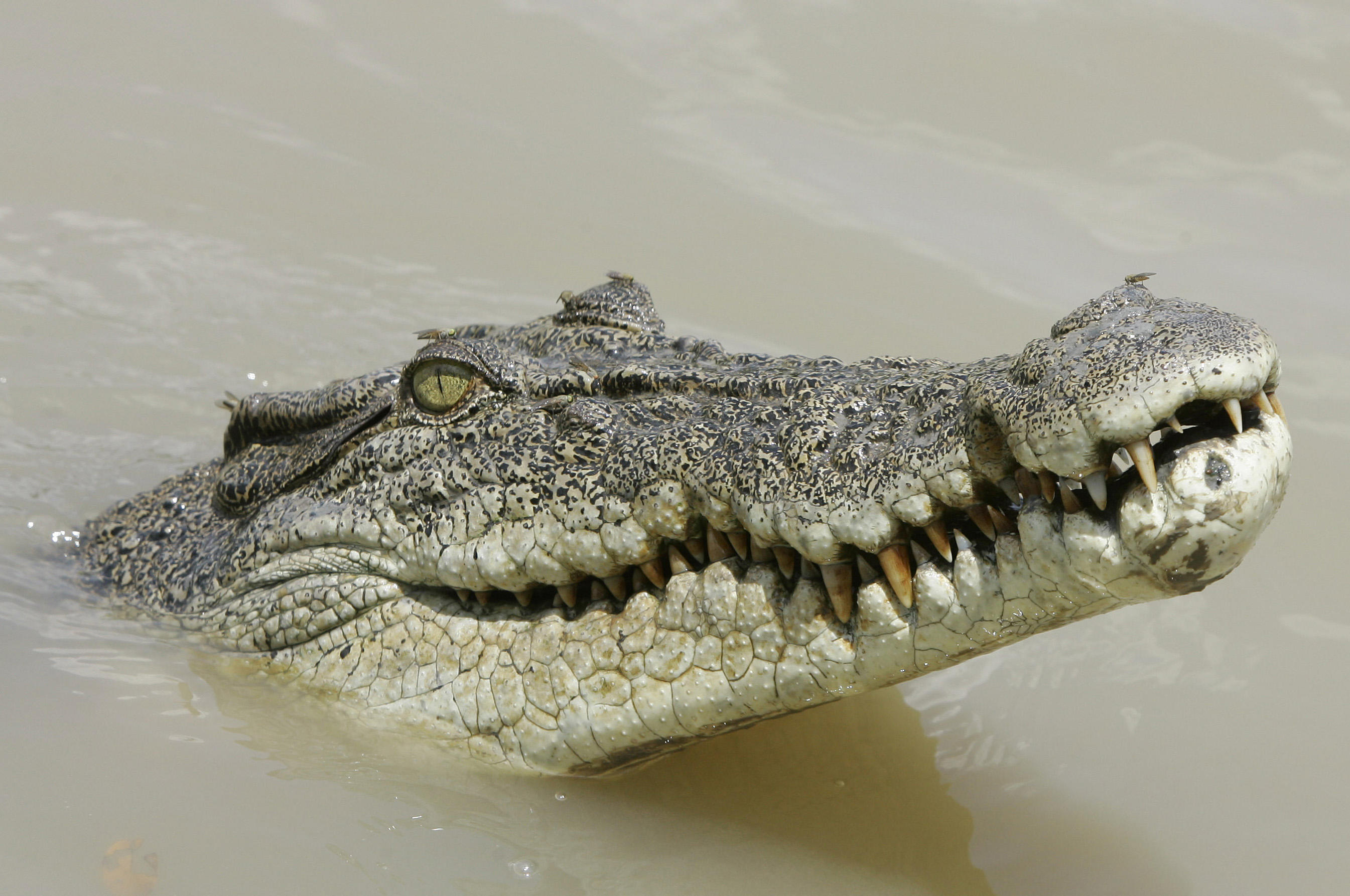 DARWIN, Australia -- Firefighters who fought a blaze at a house in the tropical Australian city of Darwin on Thursday contended with the added distraction of being watched by a 13-foot pet crocodile.

The fire destroyed the two-story house in the upscale suburb of Fannie Bay but did not harm the huge reptile, a female named Albert, which lives in a backyard enclosure, firefighter Bill Gleeson said.

"Thankfully the crocodile didn't affect our operations at all," Gleeson told reporters.

"It's well contained and clearly unaffected by fire. He seemed quite happy to look at me as I was protecting the premises," Gleeson added.

Wildlife ranger Tom Nichols said crocodiles were rare in the Darwin suburbs. The pet had been living at the property since before crocodiles became a protected species under federal law in the early 1970s.

Gleeson said there was no one in the house by the time firefighters arrived. The fire appeared to have been caused by a clothes iron that was mistakenly left switched on, a government statement said.

Authorities have yet to decide whether the croc will have to be moved.

The householder, Helen Haritos, told the Australian Broadcasting Corp. a year ago that her croc hunter father George Haritos captured Albert in a Northern Territory river in 1958 for someone who requested a crocodile at a party but no longer wanted one after sobering up. Helen Haritos inherited Albert when her father died in 1992.

George Haritos and his three brothers became famous for accompanying Queen Elizabeth II's husband Prince Philip, the Duke of Edinburgh, when he bagged a crocodile in Darwin Harbor in 1956.

"It's not quite like my dog, but I do have a particular bond and care for the animal," Helen Haritos, 64, told the ABC. She could not be immediately contacted for comment on Thursday.

Crocodile numbers have exploded across Australia's tropical north since they became protected after decades of hunting. Because saltwater crocodiles can live up to 70 years and grow throughout their lives - reaching up to 7 meters (23 feet) in length - the proportion of large crocodiles is also rising.