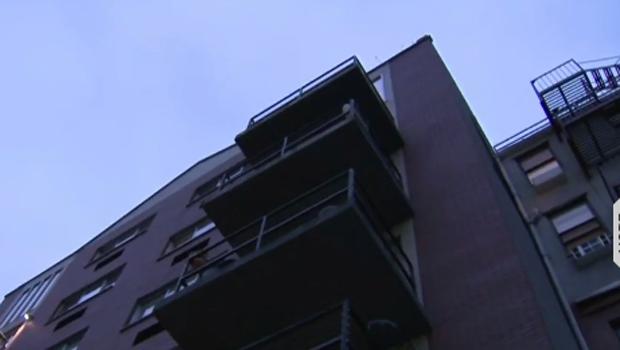 NEW YORK -- An Australian diplomat who had angered a woman's husband and then sought to prove himself with a risky game of trust on a seventh-floor terrace fell to his death, police said.

The diplomat, Julian Simpson, and other people had gone on an apartment building roof to look at the Empire State Building lights early Wednesday, police said. The building was lit in rainbow colors in recognition of a survey that found most Australians support marriage equality and ensured that lawmakers will vote on a same-sex marriage bill this year.

Police sources say Simpson had been out with a group who says they had been drinking, CBS New York reports.

Simpson swung a woman around, and her husband became angry, police said. The men then went on the seventh-floor apartment terrace, and Simpson offered to prove he was trustworthy by playing a trust game, going to a ledge and leaning back.

Simpson grabbed for the other man's hand but slipped and fell to a second-floor landing, authorities said.

Simpson, 30, was an official with Australia's United Nations mission. Australia's Department of Foreign Affairs and Trade said it was assisting Simpson's relatives, who asked for privacy.

Australian Prime Minister Malcolm Turnbull said the death of Simpson, the second secretary to the United Nations for Australia, was a "shocking tragedy."