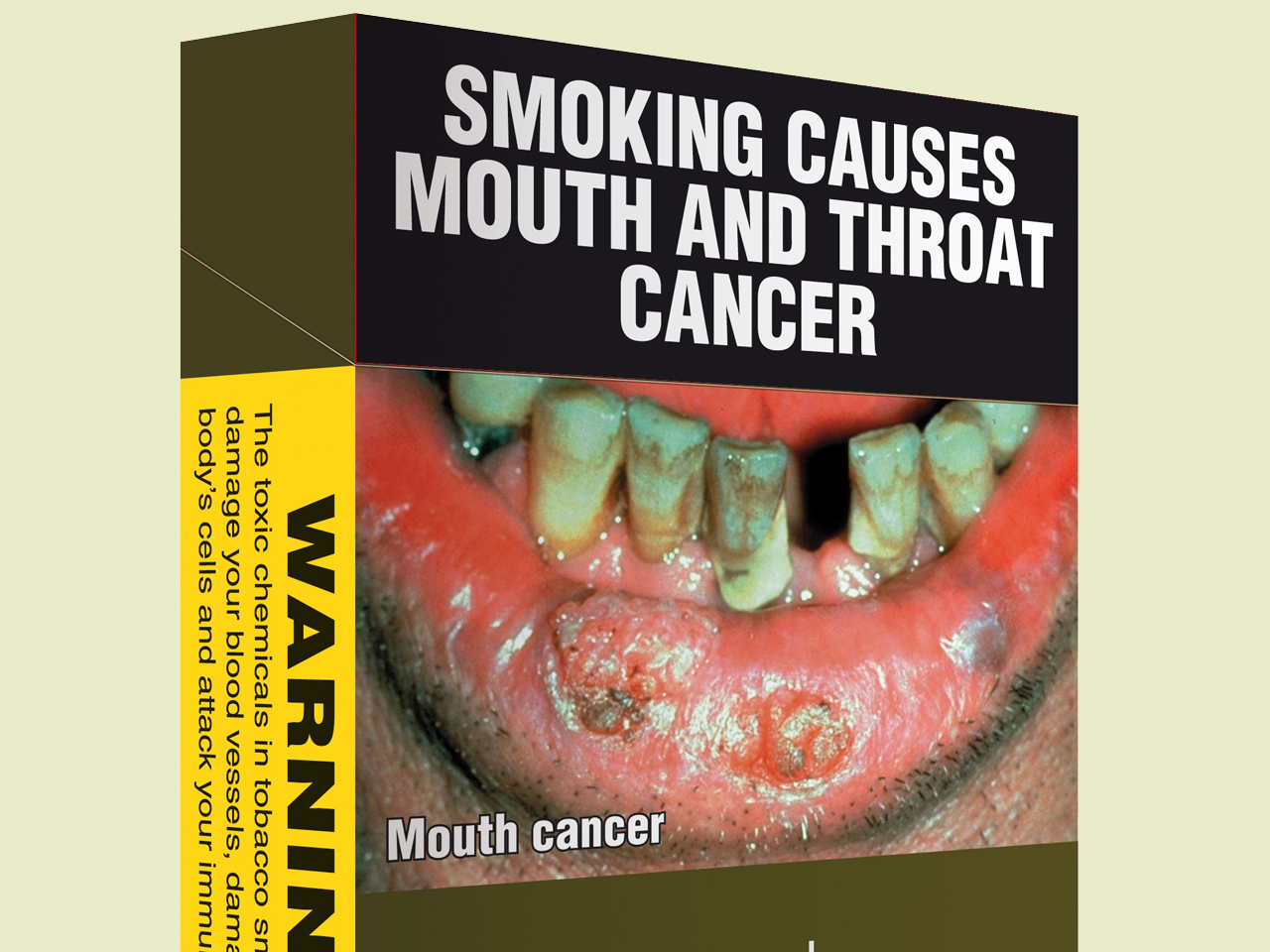 (AP) CANBERRA, Australia - Australia's highest court upheld the world's toughest law on cigarette promotion on Wednesday despite protests from tobacco companies that argued the value of their trademarks will be destroyed under new rules that will strip all logos from cigarette packs.

The decision by the High Court means that starting in December, tobacco companies will no longer be able to display their distinctive colors, brand designs and logos on cigarette packs. The packs will instead come in a uniformly drab shade of olive and feature graphic health warnings and images of cancer-riddled mouths, blinded eyeballs and sickly children. The government hopes the new packs will make smoking as unglamorous as possible.

"This is a victory for all those families who have lost someone to a tobacco-related illness. For anyone who has ever lost someone, this is for you," Attorney General Nicola Roxon and Health Minister Tanya Plibersek said in a joint statement. "No longer when a smoker pulls out a packet of cigarettes will that packet be a mobile billboard."

British American Tobacco, Philip Morris International, Imperial Tobacco and Japan Tobacco International are worried that the law will set a global precedent that could slash billions of dollars from the values of their brands. They challenged the new rules on the grounds that they violate intellectual property rights and devalue their trademarks.

The cigarette makers argued that the government would unfairly benefit from the law by using cigarette packs as a platform to promote its own message, without compensating the tobacco companies. Australia's constitution says the government can only acquire the property of others on "just terms."

The court, which ordered the tobacco companies to pay the government's legal fees, withheld its reasons for the judgment on Wednesday. They'll be released later this year.

British American Tobacco spokesman Scott McIntyre said the company was disappointed in the court's decision, but would comply with the law.

"Although the (law) passed the constitutional test, it's still a bad law that will only benefit organized crime groups which sell illegal tobacco on our streets," McIntyre said in a statement. "... The illegal cigarette black market will grow further when all packs look the same and are easier to copy."

"Plain packaging will simply provide counterfeiters with a road map," Imperial Tobacco spokeswoman Sonia Stewart said in a statement. "The legislation will make the counterfeiters' job both cheaper and easier by mandating exactly how a pack must look."

Australia's health minister dismissed those claims, saying there are still measures to prevent counterfeiting, such as the use of alphanumeric codes on legitimate cigarette packs.

"There are all sorts of counterfeiting operations around the world," Plibersek told reporters. "The fact that this packaging looks like this now doesn't make it easier to counterfeit."

Jonathan Liberman, director of the McCabe Center for Law and Cancer, told reporters outside the court that the ruling would inspire other countries to take the same measures against tobacco companies.

"It shows to everybody that the only way to deal with tobacco industry's claims, saber rattling and legal threats is to stare them down in court," he said.

"It's a fantastic decision for public health in Australia," he added.

Tiny radioactive capsule found after search of vast swath of Australia
Thanks for reading CBS NEWS.
Create your free account or log in
for more features.
View CBS News In
CBS News App Open
Chrome Safari Continue
Be the first to know
Get browser notifications for breaking news, live events, and exclusive reporting.