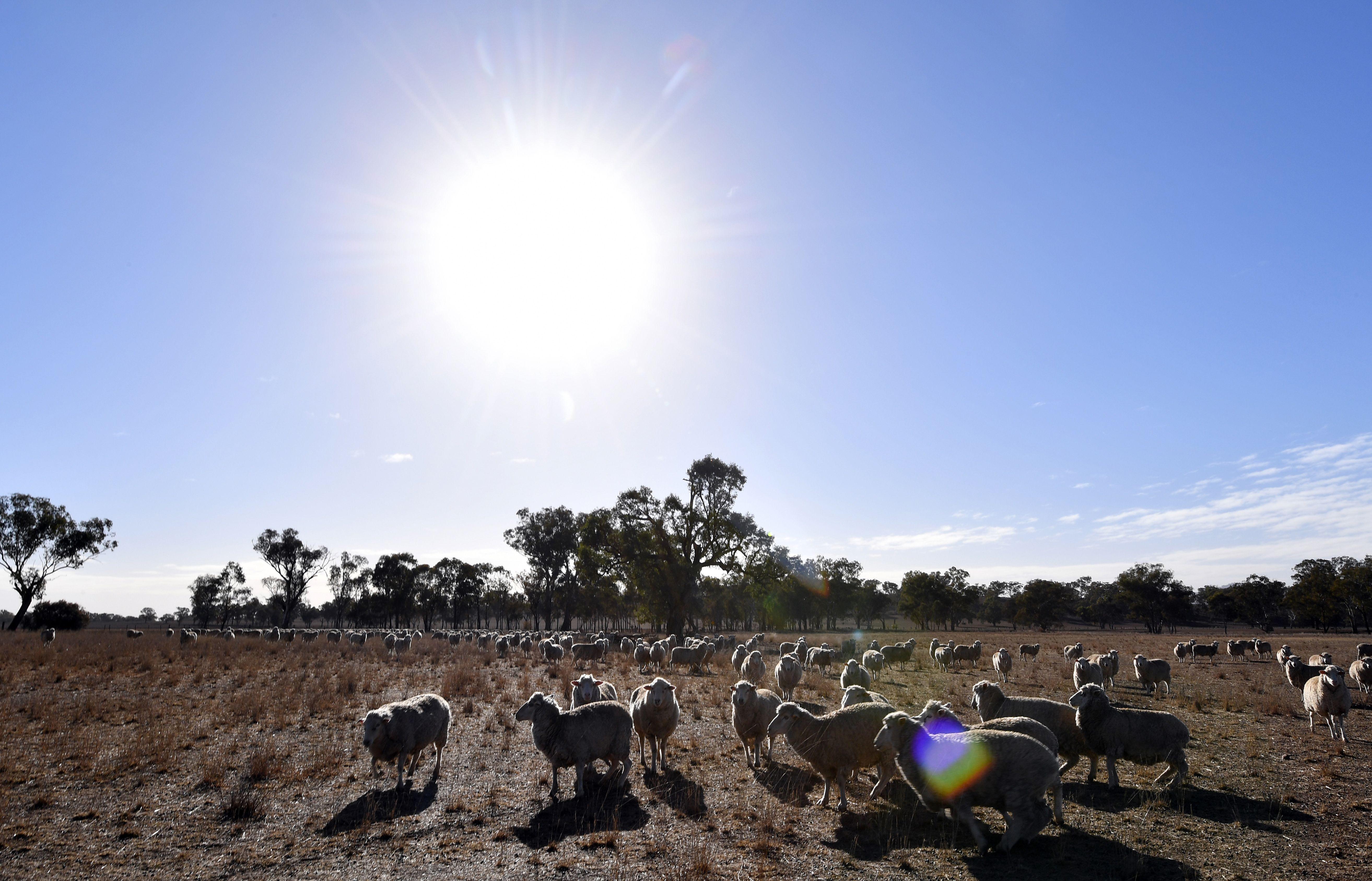 CANBERRA, Australia -- Australia's most populous state was declared entirely in drought on Wednesday and struggling farmers were given new authority to shoot kangaroos that compete with livestock for sparse pasture during the most intense dry spell in more than 50 years.

Much of Australia's southeast is struggling with drought. But the drought conditions in the Australian state of New South Wales this year have been the driest and most widespread since 1965.

"There isn't a person in the state that isn't hoping to see some rain for our farmers and regional communities," Blair said in a statement.

The federal and state governments have provided A$576m -- $430 million -- in emergency funding, according to the BBC. But it's not enough for many farmers.

With dry conditions forecast to continue for the next three months, farmers had to decide whether to continue the expensive and laborious task of hand-feeding cattle and sheep or sell their livestock.

The state government on Wednesday also lifted the number of kangaroos that farmers are allowed to shoot and reduced bureaucratic red tape facing land holders applying for permission to shoot.

The requirement to tag dead kangaroos to keep a tally of the number shot across the state had been dispensed with.

"Many farmers are taking livestock off their paddocks, only to then see kangaroos move in and take whatever is left," Blair said.

"If we don't manage this situation, we will start to see tens of thousands of kangaroos starving and suffering, ultimately leading to a major animal welfare crisis," he added.

But Ray Borda, president of the Kangaroo Industries Association of Australia, which represents commercial shooters who hunt kangaroos for meat and leather, raised animal welfare concerns about the regulation changes.

"Anybody on the land that will make a phone call to the Department of Environment can get permission to shoot almost whatever they want to shoot and it's unaudited and unchecked and that's our concern -- animal welfare," Borda told Australian Broadcasting Corp.

The government would have been better off subsidizing professional shooters to reduce kangaroo numbers more humanely, he said.

"We see this as probably the worst possible outcome for the kangaroo, but I've got to emphasize we do understand the plight that farmers are in," Borda said.

While scientists are hesitant to attribute any individual weather event to rising carbon emissions, a main contributor to global warming, Australia's government has its eye on climate change when it comes to the availability of water resources in the region.

"Australia's rainfall varies greatly from one year to the next and from one decade to the next, and is strongly influenced by large scale phenomena such as El Niño and La Niña," Australia's Department of the Environment and Energy says on its website. "Despite this large natural variability, underlying longer-term trends are evident in some regions, and these are likely to be climate change related."

The department says southern Australia has seen "significant drying," particularly from April to October. Between 1996 and 2015, rainfalls for Australia's southeast fell by about 11 percent since records started being kept in 1900.

The department says the recent drop in rainfall across southern Australia is associated with a trend in the region toward high atmospheric pressure -- a trend linked to shifting weather patterns.

"A recent attribution study shows extremely high pressures as seen across southeast Australia in August 2014 are more likely to occur in the future due to climate change," it says.

The current drought on the continent extends beyond North South Wales, with over half of the neighboring state of Queensland also in drought, the BBC reported.

"I don't know many people in rural New South Wales that ... don't think the climate is getting drier and rainfall is becoming more volatile," Australian Prime Minister Malcolm Turnbull said in June.