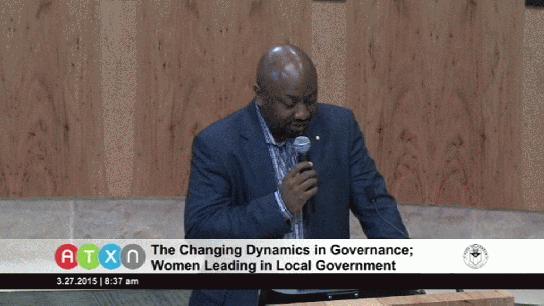 AUSTIN, Texas -- An Austin city official has resigned after being suspended during an investigation into a training session he organized for municipal staff on how to deal with women in local government.

Anthony Snipes, an assistant city manager, handed in his resignation Monday. Snipes was placed on administrative leave after the investigation was launched into the March training session.

The workshop was held in response to the newly elected City Council, in which women outnumber men.

The male consultant who led the session said female officials ask lots of questions and do not like to deal with financial issues. Female council members criticized the session, CBS affiliate KEYE reported.

"Effective leaders ask questions. Then, they evaluate and listen to the answers and develop real solutions based on the answers they received," said district 10 city councilmember Sheri Gallo.

"The group standing before you have legal and doctoral degrees... training in psychology and the medical fields... expertise in finance and real estate. We have served in legislative halls, written treatises, fought fires and taught in universities, and we draw on this training, and expertise every day to do the job that our constituents elected us to do -- and we do our job well," said district 9 councilmember Kathie Tovo.

City Manager Marc Ott said in a memo to Mayor Steve Adler and City Council members that Snipes will remain on staff until August 10.