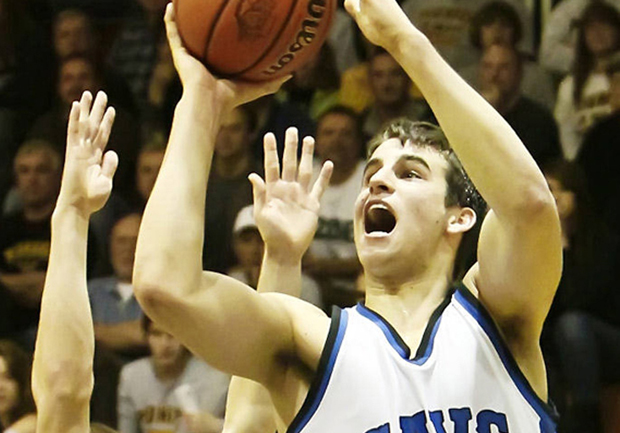 Hatch scored in the fourth quarter Wednesday night for Los Angeles' Loyola High School, where he enrolled this season. (Watch an Instagram clip of the shot here.) Hatch is headed to the University of Michigan next season.

Hatch survived two crashes eight years apart, including a 2011 crash that severely injured him and killed his father and stepmother. Hatch's mother, brother and sister were killed in the first crash.

“It was the best technical foul I’ve ever been a part of,” Loyola Coach Jamal Adams told the Los Angeles Times.

The 6-foot-6 Hatch grew up in Fort Wayne, Ind., but has lived with his uncle in Southern California since August. He waited until 14 games into Loyola's season to play his first game since the second crash, not wanting to participate until he was ready to be a contributor.

Michigan coach John Beilein has said he'll honor Hatch's scholarship with the Wolverines in whatever role Hatch can play. Hatch verbally committed to Michigan 10 days before the 2011 crash, which left him in a coma for eight weeks with a traumatic brain injury.