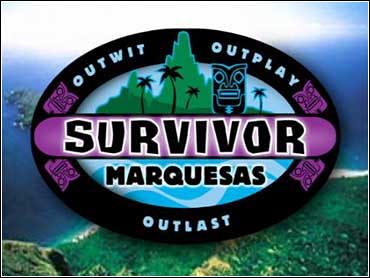 CBSNews.com viewers have pulled a switcheroo.

In past "Who's The Next To Go" polls viewers overwhelmingly chose school teacher Sean Rector to get the boot on Survivor: Marquesas. Not anymore.

This week, limo driver Robert DeCanio is the favored candidate to get kicked off. A whopping 41.7 percent think it's bye-bye time for "The General."

In second place is Tammy Leitner. 36.2 percent say the award-winning crime reporter should be voted out.

Sean, at last making a better impression, comes in third with 13 percent of the vote.

Real-estate agent Kathy Vavrick-O'Brien is in fourth place. She got 3.9 percent of the vote.

Vecepia Towery, who managed to outlast the dysfunctional Maraamu tribe before switching to Rotu, got 2.3 percent of the vote for fifth place.

In sixth place is father-figure and superior court judge, Paschal English. Only 2.1 percent of the poll takers wanted him out.

And, in last place, which she seems to have a lock on, is sweet Neleh Dennis. She's under the radar with .8 percent of the vote.

Who will it be? Will the survivors agree with the viewers and vote off Robert? Or could they pull a stunner and maybe vote off Neleh? Or will Sean finally get his just desserts and be asked to leave the tribal council?

Stay tuned. One never knows what will happen on Survivor.