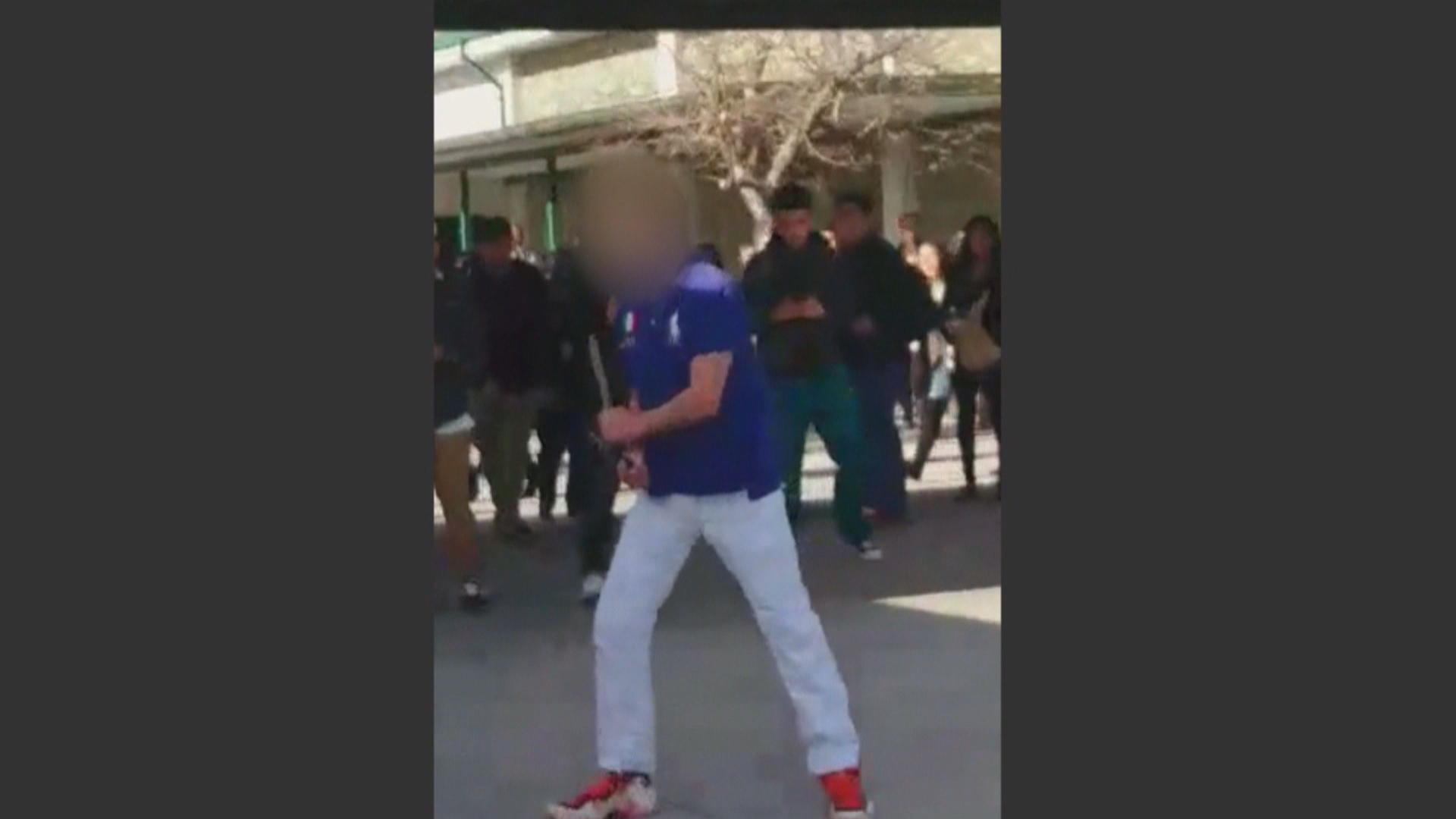 Cellphone video captured the moment at Hug High School in Reno. Police said the teen ignored orders to drop a pair of knives and threatened other students. But there’s a debate over the use of force, reports CBS News correspondent Carter Evans.

On Facebook, a man who identified himself as the father of the teen defended his son’s actions, saying he was being bullied at school and was just trying to protect himself. He said after the shooting, his son had to have part of his lungs removed, but that he’s expected to survive.

“Had it not been for their quick actions and professionalism, I truly believe the outcome could’ve been much worse,” Davis said.

Cell phone video captured the teenager waving knives surrounded by students apparently after a fight. His attorney, David Houston, spoke to “CBS This Morning” by phone.

“It was clear that the child was not being aggressive, but rather was trying to keep people away from him. He was not attempting to hurt people,” Houston said.

For some students and parents, the police response is causing as much concern as the boy’s actions.

“It was pretty traumatizing. I’ve never seen anything like that before, like pulling out knives and then a cop shooting a child,” said student Joslyn Walker.

“There are alternatives. Mace, for one, pepper spray,” said Demick LaFlamme, whose son is friends with the teen. LaFlamme was worried about the dozens of other kids standing nearby.

“They should actually be writing formal apologies to every single student’s parents there for putting all their children in danger,” LaFlamme said.

But the superintendent said both the safety and medical response went according to protocol.

“Both of those plans worked flawlessly,” Davis said.

“The superintendent cannot possibly have a detailed investigation sufficient to make the pronouncement that the activities or actions of those people was, quote, flawless,” Houston said.

At a news conference, we tried to find out more about the district’s rules on use of force.

“Can you tell us some policy things, about less lethal force and what your policy is?” Evans asked.

But school officials and school police refused to answer our questions.

We contacted the Reno and school police departments as well as the school district, and we did not get a response regarding their “use of force” policy.

The boy’s attorney said he’s in critical but stable condition, and his family has been barred from visiting him as preparations are being made for a psychiatric evaluation.

How meditation is making a "huge difference" in one Baltimore school