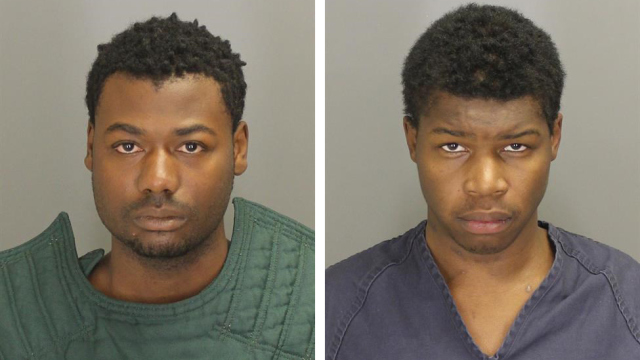 PONTIAC, Mich. -- Two men a sheriff labeled "cowards" allegedly stole a cellphone from a suburban Detroit man with cerebral palsy, beat him, recorded the assault on his cellphone and posted it to his Facebook page, authorities said.

"Preying on those in our community who suffer from disabilities will not be tolerated and furthermore, to have the audacity to post their actions on the victim's page is beyond belief," Sheriff Michael Bouchard said in a statement. Police have released video of the attack.

Bouchard credited the work of his investigators for bringing "these two cowards to justice."

The 20-year-old suspects were arraigned Tuesday on charges including assault with intent to do great bodily harm less than murder, and ordered held on $25,000 bond ahead of a Dec. 8 court date. If convicted, they could be sent to prison for 10 years.

The Associated Press sent a message Wednesday to determine whether they have lawyers to comment on the case.

Investigators responding to a report of the assault said they were told the suspects also posted the video to their own Facebook pages. The man's phone, which was taken while he was inside his apartment, was found at the home of one of the suspects, the department said.

Cerebral palsy is a brain disorder that can affect movement, posture and muscle coordination.