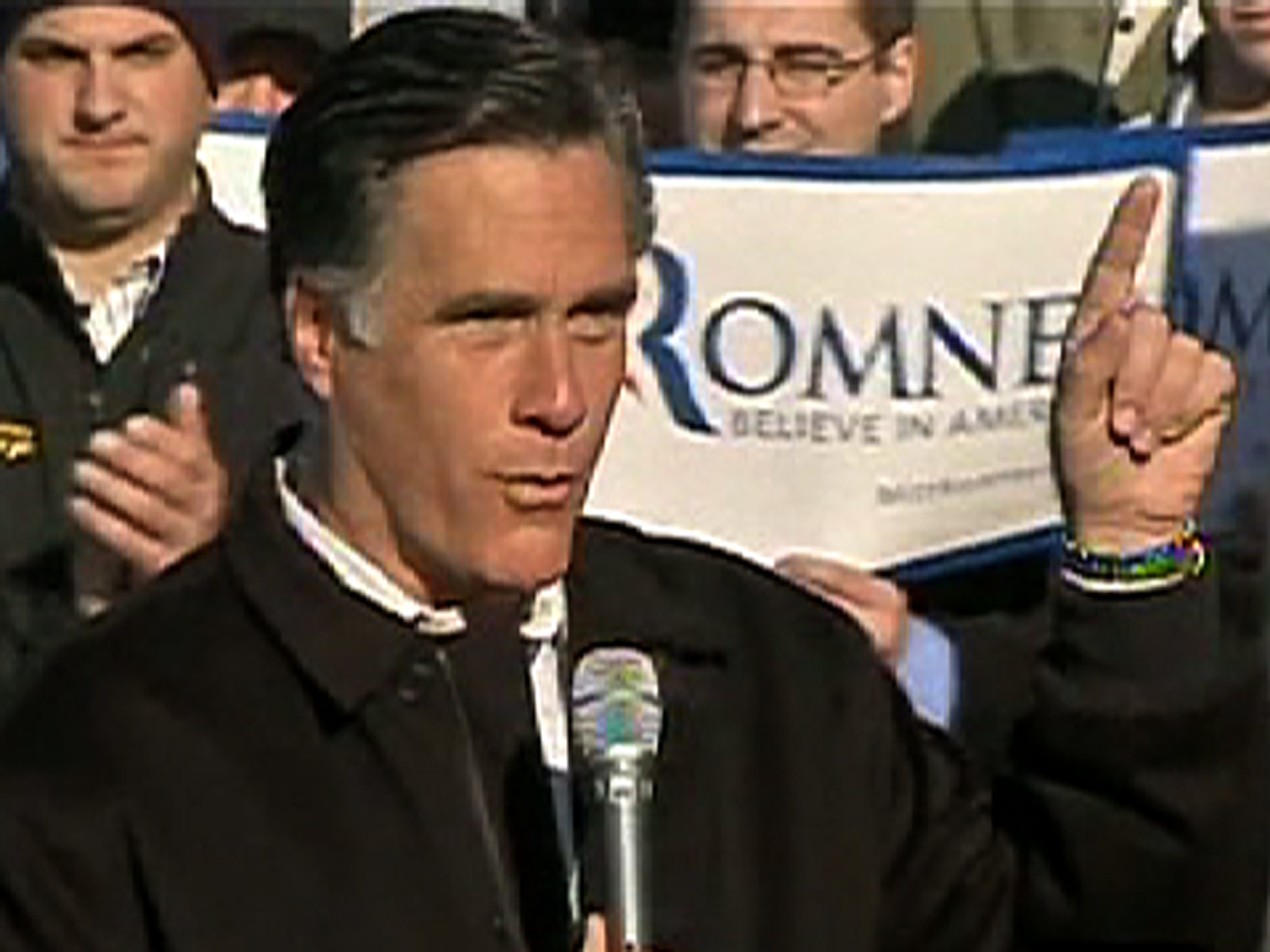 A close association with France has never been a plus for a politician, which explains why a liberal group is launching a new ad framing Mitt Romney as a Francophile.

The twist is that Romney, campaigning in a must-win primary state with a significant French population, is also talking about his personal ties with France, where he was sent on a Mormon mission in the 1960s.

The ad from American LP, a new Super PAC, shows Romney speaking French in a promotional video for the 2002 Winter Olympics, which he ran. As he speaks, the subtitles mistranslate his words. While he is actually introducing people to the Games, the subtitles have him saying "I believe that abortion should be safe and legal in this country" and "I was an independent during the time of Reagan/Bush."

France has been something of a scapegoat in American politics, usually at the instigation of Republicans. They were the ones who renamed French fries "Freedom Fries" after the French public was reluctant to support the 2003 U.S. invasion of Iraq. Republicans also targeted the Democrats' 2004 presidential nominee, John Kerry, over his French ancestry, ability to speak French, and even his looks. Rush Limbaugh often mocked Kerry for being "French-looking" and nicknamed him "Jean Cheri" or "Jean F. Cheri."

Walker fully embraces using Romney's fluency in French against him, given that Republicans did the same thing against Kerry in 2004. "This is payback time for the Republicans and the conservatives who mocked Kerry and even produced ads mocking Kerry, showing Kerry speaking French," he said.

He said the goal of the ad is to influence conservatives in this cycle to turn against Romney, whom he called the "only sane, rational candidate." Walker also said that "The mere fact that we can show him speaking French fluently, we believe, is going to irritate primary voters."

Well, maybe not in New Hampshire, which borders Quebec and where one-quarter of the population is of French and French-Canadian descent. Talking about his French connection is unlikely to damage Romney in New Hampshire, and could help him.

On Monday, at Chez Vachon diner in Manchester, N.H., he found a Canadian man with a thick French accent sitting by himself in a back booth. Romney made his way over to the man -- Willie Bibeau, 67 -- and the two proceeded to speak affably in French. At one point in the middle of the French conversation, Romney switch to English, saying "Not as well as you do!" Then he moved back to French.

Romney speaks French fluently because he spent 30 months in France on his mission in the mid-1960s. He brought up the mission Sunday at a town hall in Hudson, N.H., when he was asked by a voter to describe "an event or experience that really changed your world view."

France is "not exactly a third world country," Romney said, but the missionaries had to live off of their own savings -- about $110 per month. That money would have to cover clothing, food, rent, and transportation, and any other costs of living.

"You're not living high on the hog at that kind of level," Romney said. He said they lived in apartments that didn't have bathrooms or refrigerators; they would use buckets and hoses to clean themselves in the kitchen and shop modestly before meals. "I said to myself, wow -- I sure am lucky to have been born in the United States of America .... It was a wake-up experience for me." He told the crowd that as soon as he touched down in the United States, he proposed to his girlfriend, Ann in the back seat of the car as they drove away from the airport. They have now been married for 42 years.

Reporters asked Romney on Monday if there was a reason that his time as a missionary was coming up more in recent days. He said, "I just respond to the questions as they come."

Bret Hovell contributed to this story.