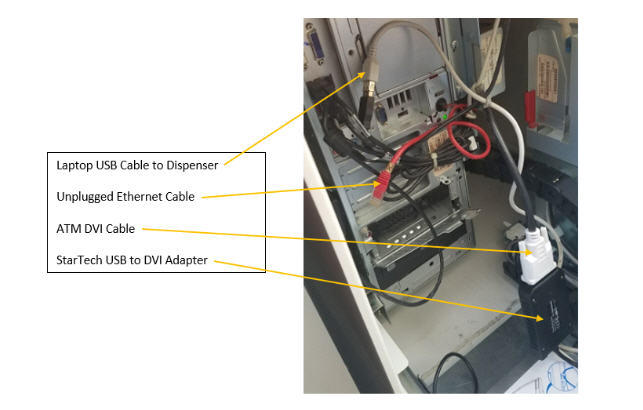 Federal law enforcement official tells CBS News that law enforcement is closing in on a group of thieves that have stolen more than a million dollars in the last month from ATMs across the country, CBS News' justice and homeland security correspondent Jeff Pegues reports.

According to the United States Secret Service -- in this modern day type of bank robbery -- the suspects have been targeting ATMs in the Pacific Northwest, West, South and most recently New England.

In the "jackpotting" attacks, the suspects get access to standalone ATMs with a key and then using a computer inject malware the ATMs. Once they are able to get control of the ATM, money is withdrawn at will. Matthew O'Neill, a Secret Service investigator says, the suspects have been injecting malware into the ATMs. It is the same malware seen in similar targeted attacks on ATMs internationally.

Sources say the frequency of these attacks in the U.S. have increased in recent weeks. Once the suspects have breached the ATMs the machines can dispense up to 40 bills in 23 seconds -- enabling the suspects to steal tens of thousands of dollars from any one ATM. Hence the name "jackpotting." It has been a problem internationally but is becoming more of a concern for law enforcement now in the U.S.

According to O'Neill, the suspects usually work in teams with one suspect first reconfiguring the ATM and another then moving in later to steal the money. They also disguise themselves in hats and other articles of clothing as if they are working for a company that repairs ATMs.

Late last week an alert went out to law enforcement and financial institutions across the country with a warning about "jackpotting." Officials say they received a tip that a coordinated attack on ATMs across the country was planned for the next 10 to 15 days. Authorities are urging the public to be on the lookout for this type of crime and if they have information to contact the police.

You can read more about the alerts in this document and this one too.