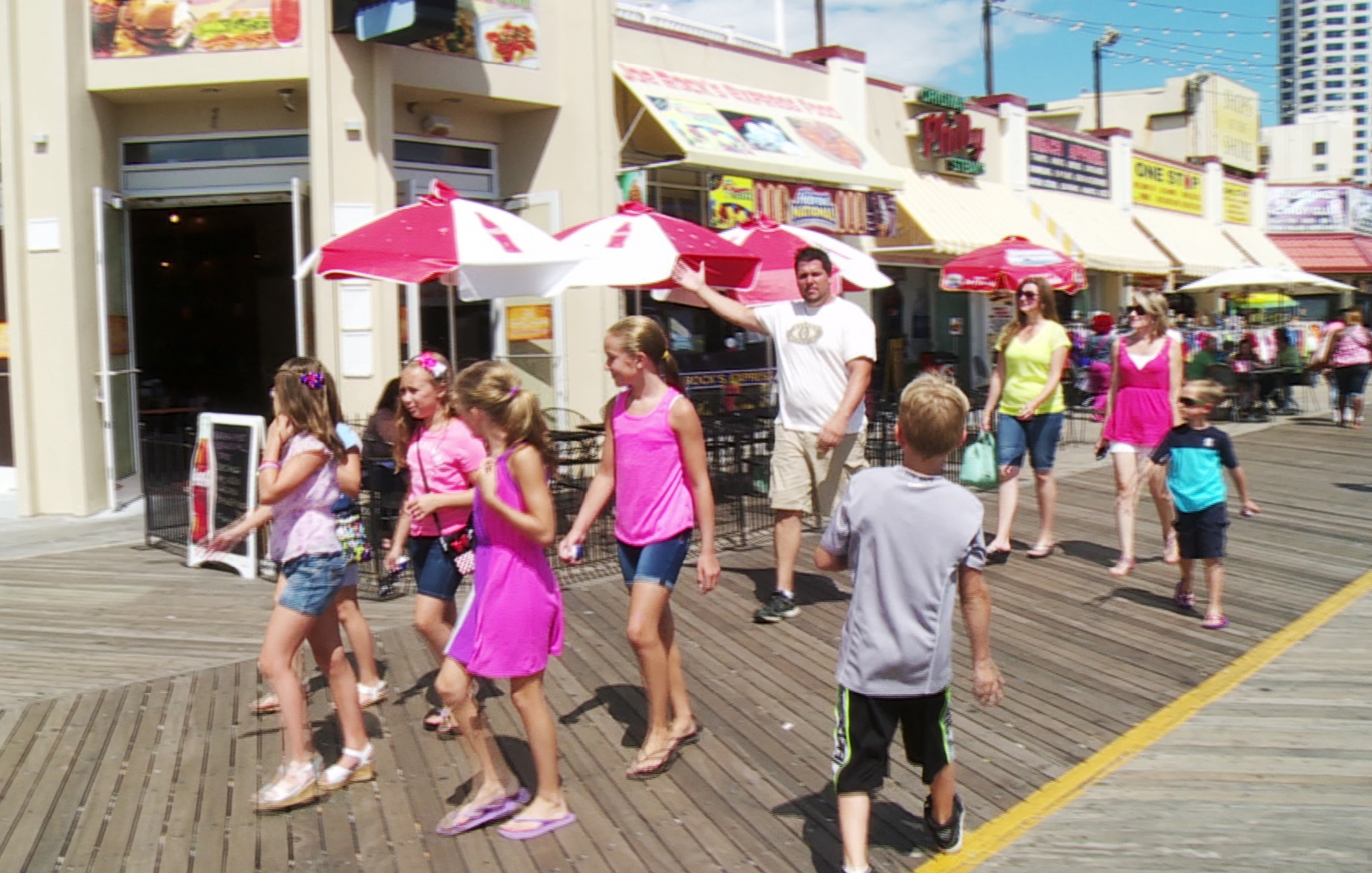 ATLANTIC CITY, N.J. -- Jason Doyle, his wife Tiffany and their three kids from Levittown, Pennsylvania, are enjoying the last few days of summer in Atlantic City.

"Before you came here for one of two things," Doyle said. "You gamble. You go to the boards, and go home. Now, there is so much more you can do."

The Doyles come to Atlantic City every year. But this year is different.

Atlantic City is undergoing a major facelift after a disastrous 2014, when four of the city's twelve casinos shut down -- taking almost 8,000 jobs with them. Owners desperate to reinvent their facilities turned to non-gaming attractions.

Among them, a 23,000 square-foot art gallery at the historic Claridge Hotel, which once used to be a casino. Last year, when the Claridge decided to renovate, it replaced its slot machines and blackjack tables with sculptures and paintings.

"It brings elegance to Atlantic City," said Cem Erenler, general manager of the Claridge Hotel. "All amenities are geared for couples, towards families with children and without children. "

The Tropicana spent $50 million on renovations, including a state-of-the-art gym, multimedia light-and-sound show and a Havana-themed court with restaurants, shops, nightclubs and even a movie theater.

The city's dining scene changed when celebrity chef Gordon Ramsey put his name on a pub and grill at Caesars. And this summer, almost 50,000 people showed up at the city's annual beach concert to hear big names like Maroon 5 and Rascal Flatts.

According to a recent report from Atlantic City Alliance, non-gambling sales within casinos now make up 28.5 percent of the revenue, up from 22.3 percent two years ago. And with that, job prospects are slowly beginning to brighten -- about one third of the jobs lost last year are back.

Brian Tyrell is an associate professor of hospitality and tourism management at Stockton University in Galloway, New Jersey. He says Atlantic City casinos have been facing stiff regional competition.

"The supply of gaming and the individual's ability to find gaming in their backyard has really increased tremendously over the last 10 years or so," Tyrell said. "By investing in non-gaming things like conferences and entertainment, you have the ability to pulling individuals down into the resort during a time when they could really use the visitation."

That's typically called the "shoulder season" for Atlantic City -- months prior to June and the months immediately after August.

"We've really invested a lot of money on the property," said Mark Giannantonio, CEO of the Resorts Casino Hotel. "Atlantic City is not going to go away. We are destination in and of itself."

As for the Doyles, more family-friendly options mean more quality time with their kids.

"It creates huge memories as a family," said Tiffany Doyle. "Memories bring traditions. And maybe they can bring their kids here, and see how much it has changed."

Memories the Doyles will cherish, and casinos hope they will revisit, as Atlantic City attempts a desperate comeback.