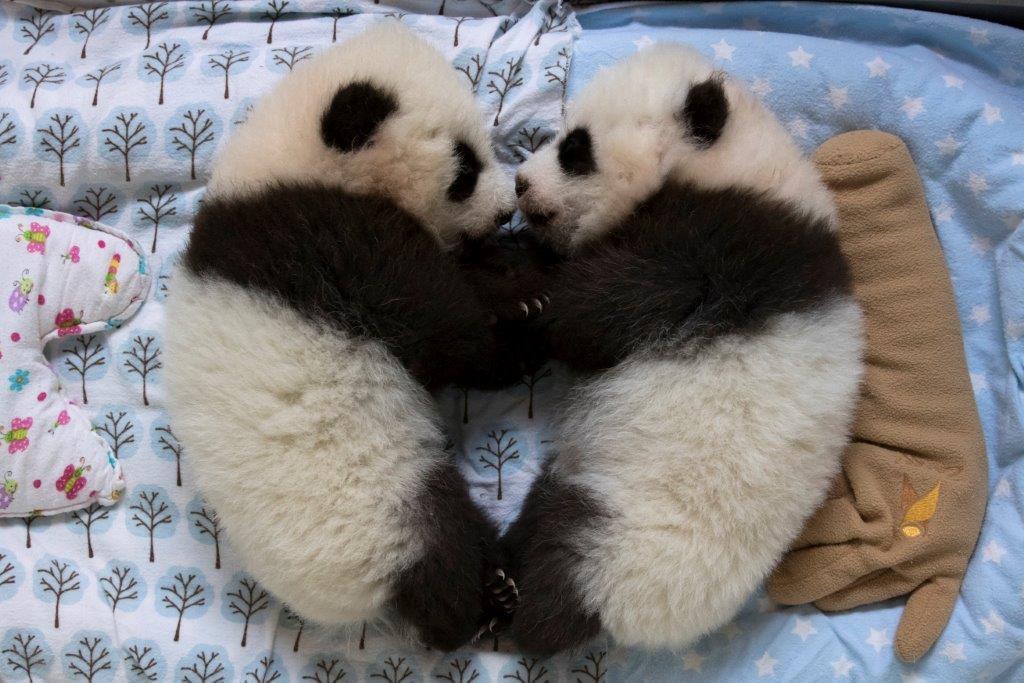 ATLANTA -- Atlanta’s zoo is inviting the public to vote on names for twin giant panda cubs born in September.

The 11-week-old twins will be named on their 100th day of life, which falls on Dec. 12, in accordance with Chinese tradition, the zoo said in a news release Monday.

“The 100 Day Celebration follows an ancient Chinese tradition that holds that when a child reaches the 100th day of life, he or she has survived the fragility of infancy and may be considered on track for a successful future,” the zoo said in its news release.

Panda fans can go to Zoo Atlanta’s website to vote on seven sets of names starting on Monday. Voting is set to run through 11 p.m. on Dec. 4.

At all four U.S. zoos with giant pandas, the bears are on loan from China, and the seven pairs of proposed names were supplied by a panda conservation center in Chengdu, China. The zoo says each set of names has a special connection to the cubs or their parents, Lun Lun and Yang Yang.

“There’s much more to this milestone than just two names,” Raymond B. King, President and CEO of Zoo Atlanta, said in the zoo’s release. “The permanence of names gives us a celebration of the achievements of the giant panda program at Zoo Atlanta and a continuation of the bright future of one of our longest-lived and most successful conservation partnerships.”

The names and their meanings are:

- Jiu Jiu and Yuan Yuan: Jiu means “longevity or “long time,” while Yuan means “far distance” or “far away.” When combined, they mean “longevity and permanence.”

- Lun Jia and Jia Lun: The first Jia means “addition,” while the second means “good,” ‘’fine” or praise. Lun is a reference to mother Lun Lun.

- Lun Li and Lun Yu: Lun Li means “ethic” or “ethics,” while Lun Yu is Confucian Analects, a collection of sayings of Confucius and a pillar of Chinese culture.

- Ya Lun and Xi Lun: Ya means “elegant,” and Xi means “happy.” So the names would mean, “Lun Lun’s elegant and happy daughters.”

- Yang Hai and Yang Gui: Yang mean “ocean” and refers to the cubs’ father, Yang Yang. Hai means “sea,” while Gui has many meanings, including “laurel.”

The cubs, which were born Sept. 3, are expected to make their public debut at Zoo Atlanta in December or January. They are the second set of twins born to 19-year-old Lun Lun.

The names will be revealed at a 100 Day Naming Celebration on Dec. 12.