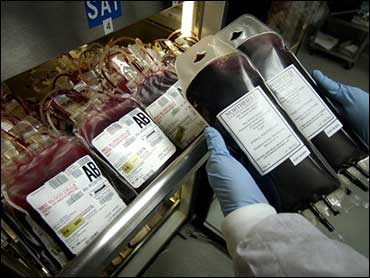 Such is the Coors Field pitching experience.

Informed that catcher Eddie Perez said it was Maddux's best start of the season, the four-time Cy Young Award winner said, "OK, maybe all year. You'd never know it by looking at the linescore."

"It's hard to pitch here. You just have to change the way you're thinking and realize that if you go six or seven innings, you probably did pretty good."

Braves manager Bobby Cox said he thought Maddux, whose ERA rose to 3.66, "was on top of his game pretty good, and he still gave up five runs. It's not easy here."

Jose Hernandez drove in five runs with a two-run single and three-run homer, and light-hitting Eddie Perez hit a pair of two-run homers.

The Braves remained tied with the New York Mets for the NL East lead.

Colorado's Larry Walker went 2-for-5, leaving his NL-leading average at .362. Viny Castilla and Henry Blanco each had three hits for Colorado.

Atlanta roughed up Bobby Jones (6-10) for five runs in the first, all with two outs. Chipper Jones walked, Brian Jordan singled and Andruw Jones hit an RBI single that caromed off the third-base bag.

The runners advanced on a wild pitch, and Hernandez lined a two-run single to right, with Andruw Jones scoring when Blanco couldn't hold onto Walker's relay to the plate. Hunter then homered.

"You spot Greg Maddux five runs before we even come to bat, and that's tough to come back from," Walker said.

Atlanta went up 7-0 in the third when Hunter walked and Perez hit his third homer of the season.

Jones gave up seven runs on seven hits in three innings, a performance that got him demoted to Triple-A Colorado Springs after the game. Jones threw 48 pitches in the first inning alone.

"Normally his control has been a problem," Rockies manager Jim Leyland said. "The problem tonight was, when good hitters see that many pitches during an at-bat, particularly a team like Atlanta, they're going to hit the ball hard, and that's basically what happened."

Blanco led off the Rockies' third with his sixth homer, snapping an 0-for-24 slump.

Colorado got another run in the fourth when Castilla and Todd Helton singled, and Castilla scored on Edgard Clemente's double-play grounder.

Dante Bichette's two-run homer helped make it 7-5 in the fifth. Neifi Perez reached on shortstop Hernandez's throwing error, advanced on a groundout and scored on Walker's single. Bichette followed with his 27th homer and reached 100 RBIs for the fifth straight season.

But the Braves pushed their lead back to five runs on Chipper Jones' RBI single off Curtis Leskanic in the sixth and Perez's seventh-inning homer off Jerry Dipoto.

Hernandez launched a 449-foot homer off Mike Porzio in the eighth.