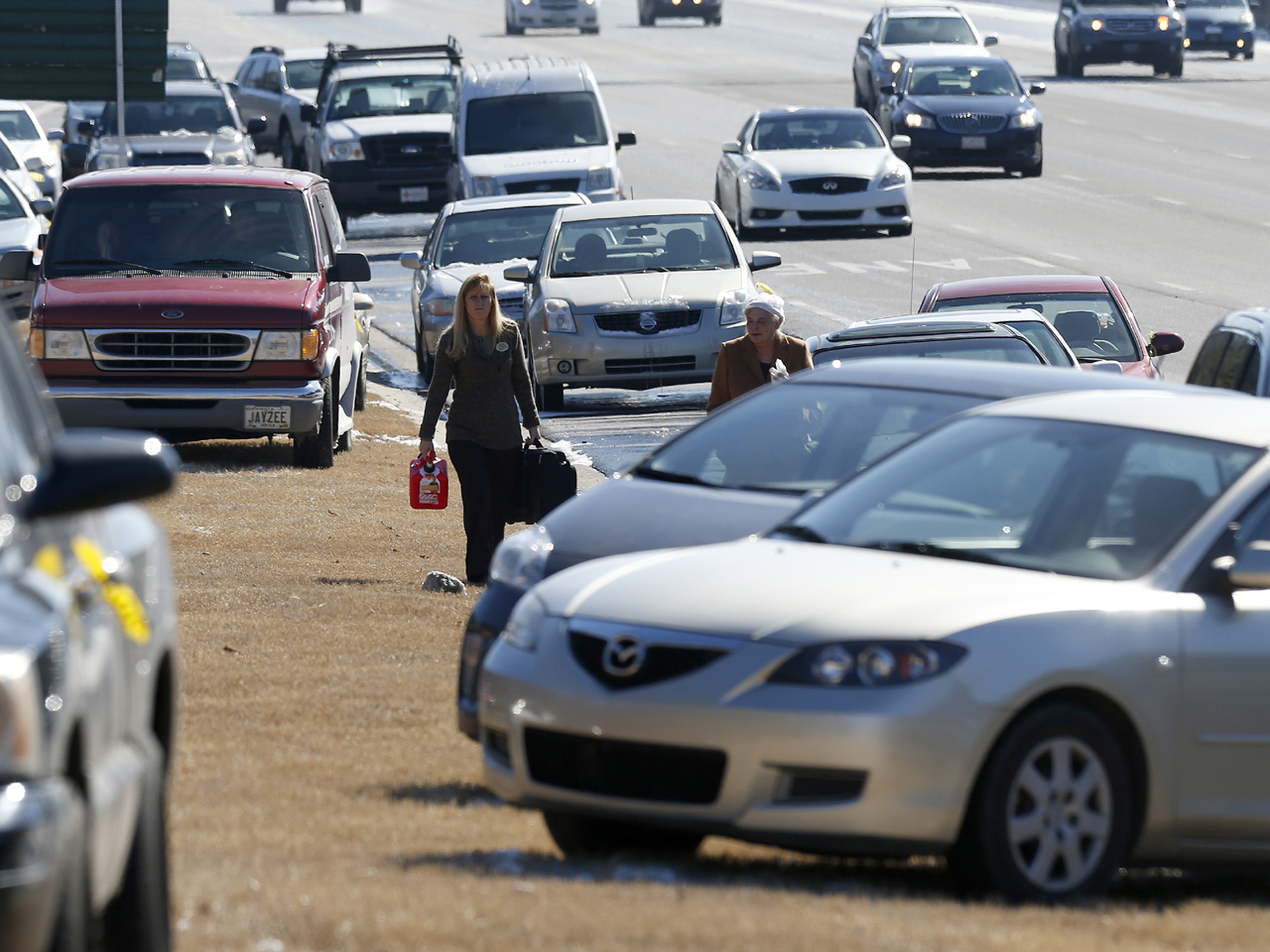 ATLANTA - Hundreds of drivers were reunited with their abandoned cars and Georgia Gov. Nathan Deal ordered state employees back to work Friday as the metro Atlanta region rebounded from a winter storm that coated the area with snow and ice.

Many school districts throughout the metro area - including Atlanta, DeKalb and Fulton County - announced that they'd remain closed to students Friday, and Deal extended a state of emergency through to Sunday night.

The declaration was extended to allow the state to continue using certain resources to help local governments clear roads and deal with other storm-related issues, Deal said in a statement.

Road conditions lead to a tragic accident in Smyrna Thursday afternoon, when a teenage girl's leg was severed.

Cobb County Fire Department spokesman Denell Boyd said the 14-year-old may have been trying to help push her family's disabled vehicle on an icy road when she was hit by a car that was unable to stop.

The teen was in surgery at a hospital in Egleston Thursday evening.

Atlanta resident Ginny Nickles was one of some two thousand drivers who'd been forced to abandon their vehicles during the storm. On Thursday she got a lift from the National Guard to her SUV.

"I left a Diet Pepsi in here and it is frozen solid," she laughed. "I'm so glad I didn't sleep in the car."

The governor and Director of the Georgia Emergency Management Agency, Charley English, have taken responsibility for poor planning leading up to the storm.

"I am not satisfied with the response that was made," Deal said at a press conference. "We did not respond in a magnitude at an earlier enough time to be able to avoid some of these consequences.

"I'm not going to look for a scapegoat. I am the governor. The buck stops with me."

Deal added that state agencies would do internal reviews and come up with revised protocols to respond to severe weather forecasts.