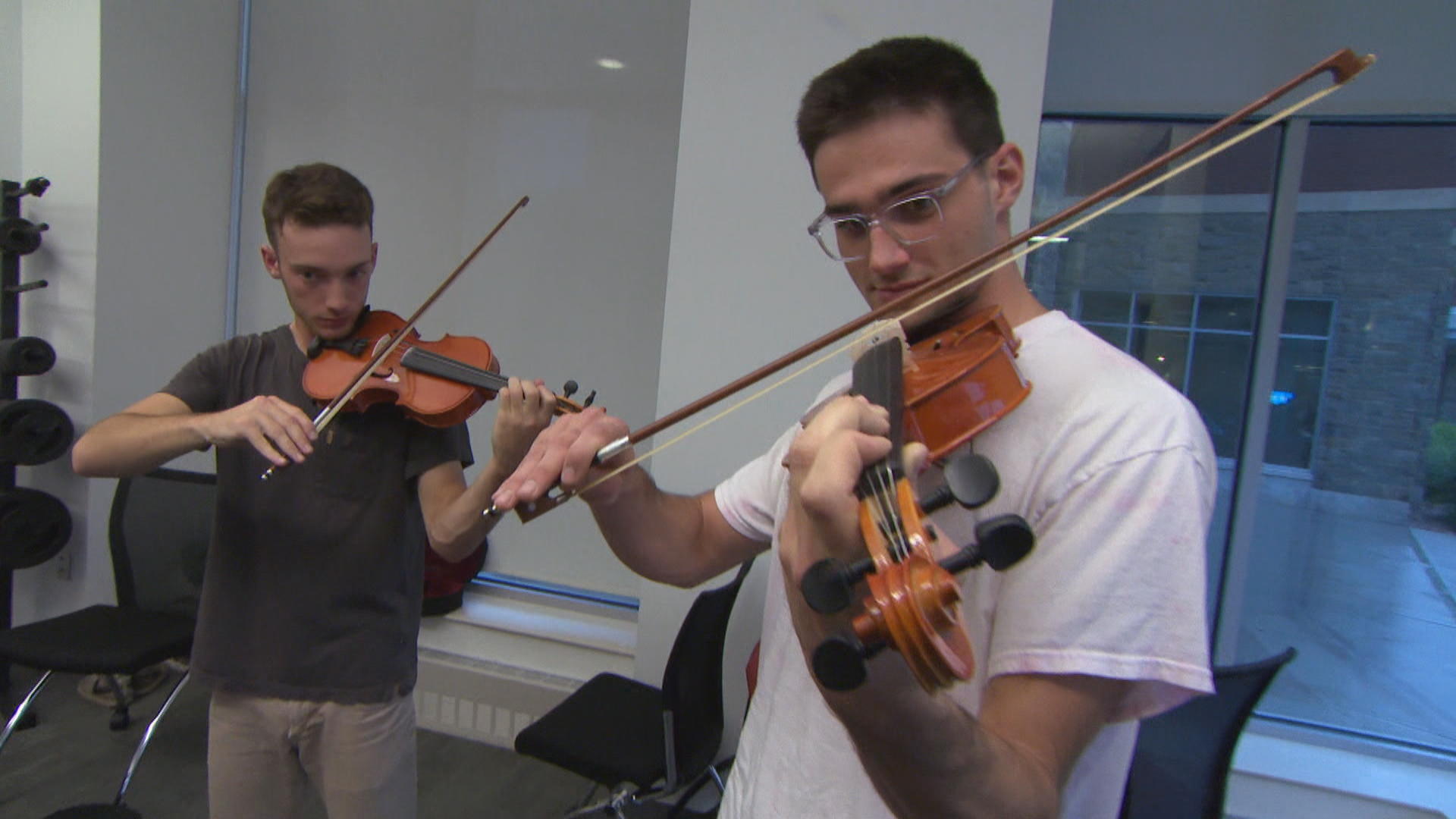 You know it's not your average college dorm when violins can be found on every floor, but alcohol and pot are nowhere to be seen.

Psychiatry professor Jim Hudziak pulled a few strings to fill one of the freshman dorms with 80 violins and required students to sign a contract promising no drinking or drugs if they want to live there. It's a bold experiment on any college campus, but he did it at the University of Vermont, long known as a big-time party school.

"We didn't go do it in a place where everyone would say, 'oh, well, that would work.' We did it in the place where people giggled," Hudziak said.

According to the National Institute on Alcohol Abuse and Alcoholism, about a quarter of today's college students admit they suffer consequences from drinking too much. Nearly 700,000 said they've been assaulted by another student who had too much alcohol.

For students not interested in an "Animal House" experience, welcome to the "wellness environment." At this program for incoming freshmen, it's goodbye toga – hello yoga. Late-night pizza and round-the-clock partying have been replaced by Peloton bikes and personal trainers. The idea: surround college students with activities that expand the brain, not zap it with the usual menu of college indulgences.

"I remember even learning that you're supposed to eat probiotic yogurt to help your brain function," student Azilee Curl told CBS News correspondent Jim Axelrod. "Dr. Hudziak will reinforce that again and again."

It seems to be working. Binge drinking is down and GPAs and graduation rates are up. The program has grown tenfold in just four years and now includes almost a third of this year's entering class.

Hudziak explained that the brains of college freshmen are still developing. "You couldn't come up with a worse age to send someone to college than when they're 18. It's the most vulnerable brain period, other than 0 to 3," he said.

So Dr. Hudziak, the chief of child psychiatry at UVM's medical school, set some rules. No bongs, no beer pong, no shot glasses or lighters, which he calls "neurotriggers" that tempt bad behavior.

"The kids in my community aren't punished if they go out and have a beer or smoke the dilly weed," Hudziak said. It's just not allowed in their dorm rooms.

Hudziak frames it as an exercise in making choices, handing out Apple Watches for students to record the consequences of their actions.

"They could say, 'wow, I've had three bad days' and then they can look at their own health survey and go, 'well, I smoked six bowls, had five shots and didn't sleep very much. Maybe that's why,'" Hudziak said. "You build a healthy brain, a healthy body will follow."

Meditation and exercise have become the activities of choice, and this doctor's prescriptions are for "belly breathing" and "reading 'Harry Potter and the Chamber of Secrets.'"

"This is not the ramblings of a crunchy Vermonter. This is hardcore neuroscience," Hudziak said.

The approach they are taking at UVM is really catching on. Some big schools like New York University have started similar programs and more than 40 others have expressed interest in bringing this approach to their campuses.