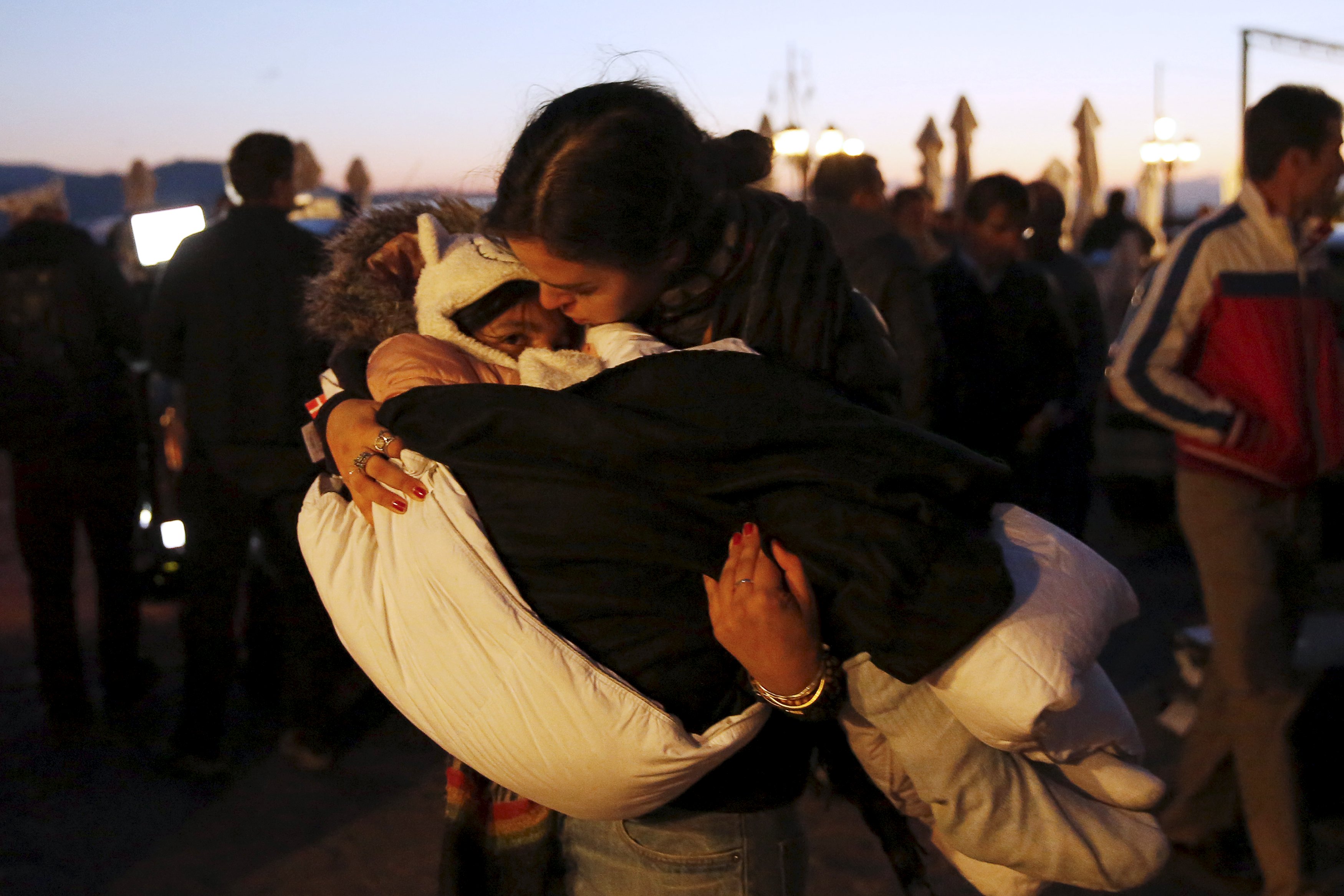 ATHENS, Greece -- The Greek coast guard said it rescued 242 people off the eastern island of Lesbos Wednesday after the wooden boat they traveled in capsized, leaving at least three people dead.

Rescuers continue to search the rough waters for more survivors and the coast guard said it remains unclear how many people were on the boat when it went under.

The International Organization for Migration said in a statement some sources told it 200 people were onboard the boat, while others had told it 300.

The accident raised the total death toll from five separate incidents in the eastern Aegean Sea Wednesday to 11, as thousands of people continued to head to the Greek islands in frail boats from Turkey in stormy weather.

Greece is the main entry point for people from the Middle East and Africa seeking a better future in Europe. Well over half a million have arrived so far this year.

In a separate incident earlier Wednesday, a seven-year-old boy died off Lesbos while a 12-month-old girl was in critical condition in hospital from the same boat accident.

Another three children and a man died off the coast of Samos, while one woman and two children drowned off the islet of Agathonissi.