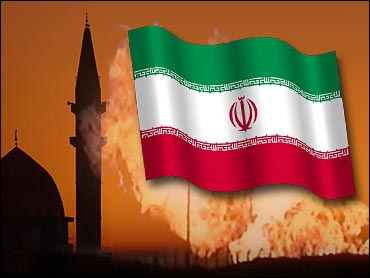 Twin bombings killed at least 20 people outside a mosque in southeastern Iran on Thursday — including members of the powerful Revolutionary Guard — in attacks that came less than a month after Iran hanged the leader of a militant insurgent group in the region.

Iran's official IRNA news agency quoted the deputy governor of the Sistan-Baluchistan province, Jalal Sayyah, as saying the explosions tore through a crowd of Shiite worshippers near the main mosque in the provincial capital of Zahedan.

The deputy interior minister in charge of security, Ali Abdollahi, told the semiofficial Fars news agency that members of the Revolutionary Guard — the country's most powerful military force — were killed in the blasts, which appeared to be the work of suicide bombers.

The first blast struck at 9:20 local time (1650GMT), with the second following minutes later, outside the mosque where a group of Shiite worshippers were attending ceremonies marking birthday of the Prophet Muhammad's grandson, IRNA said.

The head of the province's medical emergency department, Fariborz Rashedi, told IRNA at least 20 people were killed and around 100 wounded.

There was no immediate claim of responsibility for the bombings, but Sistan-Baluchistan is home to the Jundallah insurgency, a Sunni group that has claimed responsibility for attacks that have killed scores in recent years, including five senior Revolutionary Guard commanders last year. In 2009, the group detonated a bomb in a Shiite mosque in Zahedan, killing and wounding more than 120.

Jundallah says it is fighting for the rights of the Sunni Baluch minority, and accuses Iran's Shiite-dominated government of persecution. Tehran claims Jundallah is behind an insurgency in its southeast that has destabilized the border region with Pakistan.

In June, Iran hanged the group's leader, Abdulhamid Rigi, in Zahedan after he was found guilty of carrying out attacks against civilians, armed robbery, and engaging in a disinformation campaign against Iran.

His younger brother, Abdulhamid, was executed in May in Iran after being captured in Pakistan in 2008 and extradited to Iran.

The group gained attention six years ago after it launched a campaign of sporadic kidnappings and bombings that killed dozens. The group claims minority Sunni tribes in southeastern Iran suffer discrimination at the hands of Iran's Shiite leadership.

Iran has accused the U.S. and Britain of supporting Jundallah in an effort to weaken the Iranian government, a charge they deny. Iran also claims the group is linked to al Qaeda, but experts say no evidence of such a link has been found.