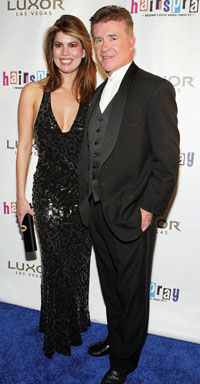 Parrish chose to pitch to Craig Biggio with two outs and the game on the
line in the ninth. And Biggio made him pay.

Doug Brocail (2-3) walked Glen Barker to lead off the ninth. Barker stole second one out later. After Randy Knorr struck out, Biggio lined a single to center field to score Barker.

"That's a situation where I have to walk the guy," Parrish said. "I shouldn't have even gone to the mound. I should have just done it."

Parrish let Brocail make the decision after visiting the mound.

"I gave him the option in that situation and I shouldn't have done it. I should have just called it right from the bench. I just screwed up," Parrish said.

"You always expect that they would do what we would do. We would have put him on," Houston manager Larry Dierker said.

Biggio did not know what to expect.

"It's a roll of the dice. Sometimes it works and some times it doesn't," Biggio said. "It was just a manager's strategy decision."

The victory is Houston's fifth straight, moving them back into first place in the NL Central. It was the team's eighth win in its last 12.

Jose Cabrera (2-0) pitched the ninth to pick up the win.

Brocail gave up one run on two hits, struck out three and walked two in 1 2-3 innings for the Tigers, who are 3-6 in their last nine.

Houston starter Scott Elarton gave up three hits in seven innings, striking out a season-high eight and walking one.

Elarton retired 12 of th first 13 batters before Detroit tied it at 1 in the fifth on Tony Clark's leadoff homer, his ninth of the season. It was Detroit's first hit of the game.

Tigers starter Justin Thompson gave up one run on six hits in seven innings, with three strikeouts and three walks.

Houston took a 1-0 lead in the second after Derek Bell singled with one out and moved to third on Tony Eusebio's single. Bell scored on Tim Bogar's groundout.

The Astros had runners on first and second with no outs in the seventh, but former Rice University All-American Lance Berkman grounded into a double play as a pinch-hitter and Biggio each grounded out to end the threat.