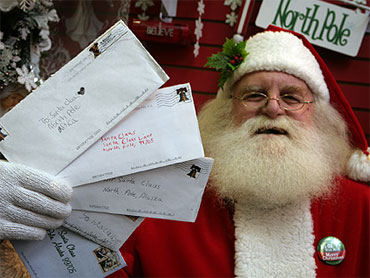 Asthma affects more than 15 million Americans, including nearly five million children. If you or someone you know suffers from asthma a new book, "The Harvard Medical School Guide to Taking Control of Asthma," answers many of the questions you might have.

The book's co-author, Dr. Christopher Fanta tells The Early Show co-anchor Hannah Storm asthma is on the rise particularly in industrialized countries, but pollution is not to blame.

He says, "Alternative theories include the following: One is that we spend more time indoors, exposed to those allergens that trigger allergic-type responses, including allergy of the bronchial tubes or asthma."

Another interesting theory is that as our world has become more germ-free our immune systems have lost strength and are less able to drive allergic reactions away from the lungs.

Asthma is a disease that tends to narrow the breathing passages in response to certain stimuli, i.e. such as recations to dust or pet dander. But airways are not always narrowed; sometimes they are hypersensitive, readily becoming inflamed when exposed to various substances like allergens from cats, dogs, feathers, and pollen; allergenic foods like peanuts, milk, or eggs; and irritants like tobacco smoke, exercise, strong scents, or air pollutants.

Asthma can develop at any age, the aftermath perhaps of bronchitis or pneumonia. It most commonly appears in early childhood. About a third of children seem to outgrow it, usually in adolescence, but most continue to have the disease to some degree for life.

Dr. Fanta and his colleagues wrote this book for three reasons:

First, the perception of asthma has changed. For example, 10 or 15 years ago, asthma was treated as an episodic problem. But now the medical establishment better understands that treatment should be ongoing, which can make a big difference.

Second, therapies and treatments for asthma have radically changed. It has remarkably advanced in "just a generation or two." People of our grandparents' generation sought relief by smoking cigarettes that were filled with dried leave of a plant that was supposed to have medicinal properties that relieved congestion. But now, you can relieve your attacks with a wide variety of medications, from inhalers to pills. And there are medications available that prevent future attacks.

Third, people are taking more action as they combat asthma.

The following are "Five Steps To Becoming Asthma Smart" according to the book:

Dr. Fanta is a director of Partners Asthma Center and is one of the cofounders. He is a member of the Pulmonary and Critical care Division at Brigham and Women's Hospital. He is also an associate professor of medicine at Harvard Medical School.
View CBS News In
CBS News App Open
Chrome Safari Continue
Be the first to know
Get browser notifications for breaking news, live events, and exclusive reporting.