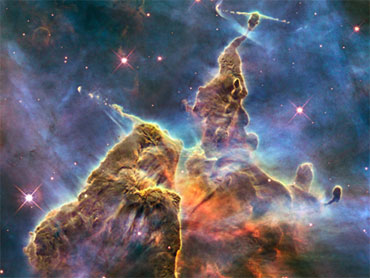 The expiration Monday of a 10-year federal ban on assault weapons means firearms like AK-47s, Uzis and TEC-9s can now be legally bought - a development that has critics upset and gun owners pleased.

The 1994 ban, signed by President Clinton, outlawed 19 types of military-style assault weapons. A clause directed that the ban expire unless Congress specifically reauthorized it, which it did not.

The expiration of the ban is a victory for the National Rifle Association, which had made lobbying against the legislation one of its top priorities.

Studies done by pro- and antigun groups as well as the Justice Department show conflicting results on whether the ban helped reduce crime. Loopholes allowed manufacturers to keep many weapons on the market simply by changing their names or altering some of their features or accessories.

Gun shop owners say the expiration of the ban will have little effect on the types of guns and accessories that are typically sold and traded across their counters every day.

At the Boise Gun Co., gunsmith Justin Davis last week grabbed up a black plastic rifle resembling the U.S. military's standard issue M-16 from a row of more than a dozen similar weapons stacked against a wall.

The civilian version of the gun, a Colt AR-15 manufactured before 1994, could be sold last week just as easily as it can be sold this week. "It shoots exactly the same ammo at exactly the same rate of fire," said Davis.

Many states - including California, Massachusetts, New York and Hawaii - have passed their own laws curbing the use of assault weapons. Some of those are more stringent than the federal ban.

"President Clinton's so-called 'assault weapons' ban was nothing more than a sop to antigun liberals," Otter said Friday in a written statement. "It provided only the illusion of reducing gun violence, but it did real damage to our liberties."

But advocates for the ban, including the Brady Campaign to Prevent Gun Violence, point to some particularly vicious shootings in which military-style weapons were used - including the 10 killings in the sniper shooting spree that terrorized residents in Maryland, Virginia and Washington, D.C., in 2002.

National police organizations such as the International Association of Chiefs of Police, the International Brotherhood of Police Officers and the Fraternal Order of Police all support the renewal of the ban. President Bush has said he would sign such a bill if Congress passed it.

Supporters of the ban criticize Mr. Bush however for not making a major push to get it passed.

"He can't have it both ways," said Rep. Carolyn McCarthy (D, NY). "He certainly got the Medicare bill done; he made calls all that evening, he made calls while it was being held up for three and a half hours to make sure that the bill won.

"I know what guns can do," she continued. "Maybe some of the younger members on the other end of the train would have been saved if this bill had been passed then."

McCarthy's husband was one of six people shot and killed by Colin Ferguson on a Long Island Railroad train in December 1993. Her son was shot in the head and remains partially paralyzed.

The Annenberg Public Policy Center of the University of Pennsylvania found that 68 percent of Americans, as well as a third of National Rifle Association members, support renewing the assault weapons ban.

Idaho State Police spokesman Rick Ohnsman said troopers have had no significant problems with assault style weapons and his agency has not taken a position for or against the federal legislation.

"Of course, the legitimate owners of guns register them. Unfortunately, whether there is a ban or not, some individuals will find ways to get weapons that are illegal."

"The change in law relating to assault weapons has no impact on the Brady Law," Wells said.

Davis predicted the biggest change in his business will be the ability of manufacturers and importers to market higher capacity ammunition magazines - the removable "clip" that holds and feeds bullets through guns.

Under the 1994 ban, the maximum capacity of a magazine was set at 10 rounds. That sent the price of high-capacity magazines through the roof, Davis said, even though magazines manufactured before the ban were protected by a "grandfather" provision and could still be sold.

Now, some gun manufacturers are planning to give away high-capacity magazines as bonuses for buying their weapons. Sales of formerly banned gun accessories, such as flash suppressors and folding stocks, are also expected to take off.