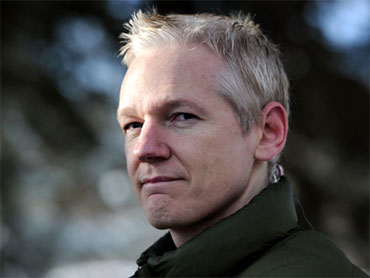 Less than 2,000 of the purported 250,000 diplomatic cables in WikiLeaks possession have been made public. There has been plenty of speculation as to what's left, since the revelations thus far have been a broad mix of both gossipy and inflammatory information.

WikiLeaks founder Julian Assange told Al Jazeera network Wednesday that some of things he is holding back could be downright explosive, reports the Emptywheel website. Assange said:

"Top officials in several Arab countries have close links with the CIA, and many officials keep visiting US embassies in their respective countries voluntarily to establish links with this key US intelligence agency. These officials are spies for the U.S. in their countries."

Some Arab countries even have torture houses where Washington regularly sends "suspects" for "interrogation and torture," he said.

Assange hinted in the interview that he is letting the link between the CIA and Arab officials be known without naming any specific names in case his upcoming trial in Britain does not go his way, or, worse, should he be assassinated.

"If I am forced we could go to the extreme and expose each and every file that we have access to," Assange said, adding that there were 2,000 websites that were ready to publish the remaining files that are in possession of WikiLeaks after "he has been done away with."