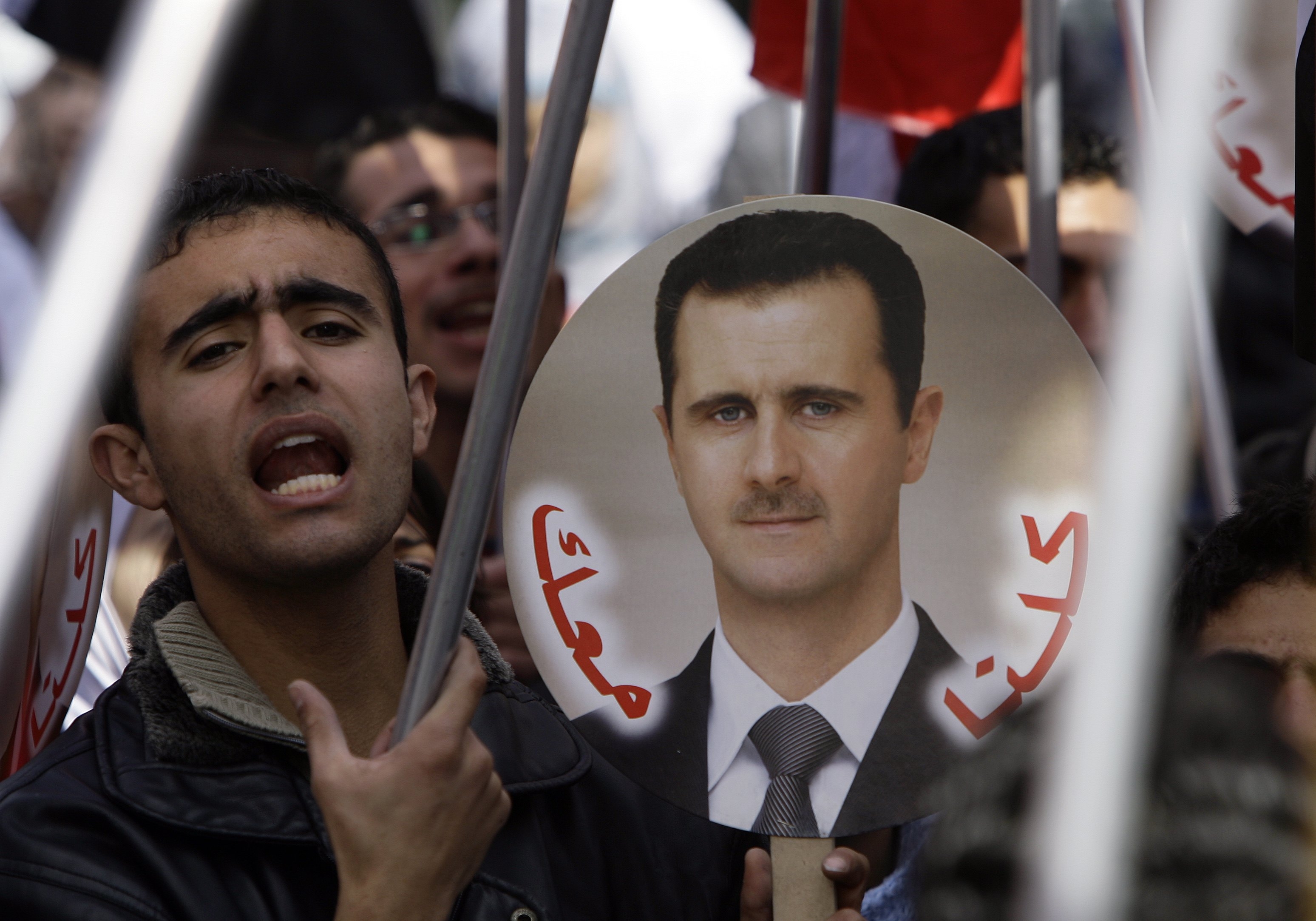 (CBS) DAMASCUS - Syrian President Bashar Assad vowed Tuesday not to bow to "intervention" from what he deemed an "external conspiracy," and offered in his fourth speech since the beginning of serious unrest 10 months ago a path for reform that will likely fail to stop protests across the country or bring an end to the violence which the United Nations says has left more than 5,000 people dead.

"External conspiracy which is being tailored in dark rooms is no longer hidden but now has become crystal clear and visible to anyone," Assad said in a speech to the nation which saw him lash out at the Western media and scorn the Arab League as an ineffective organization which has chosen to side with Israel rather than Syria.

"Fog has dispersed and all masks have fallen. It is no longer possible for regional and international sides to deform facts through which they wanted to destabilize Syria. I would say, damn you," Assad told his nation from a university in Damascus.

The long-time leader claimed it was not his clutch on near-absolute power in Syria which was keeping him in office, but rather his refusal to "run away from my responsibilities." His rhetoric drew strong applause from the audience.

Assad insisted that state security forces had not been given any orders to fire on protesters. The U.N. says 5,000 civilians have been killed since the uprising began.

For days, Assad's speech has been awaited in hope he might offer a glimmer of willingness to compromise with opposition forces as pressure mounts from Turkey, the United States, the European Union and his ostensible allies in the Arab League.

The League, which suspended Syria's membership in November and announced sanctions against Assad's regime, has sent a monitoring mission to Syria intended to judge whether it is complying with a peace plan calling for the withdrawal of troops from population centers, prisoner releases and political dialogue.

In a report on Sunday, the League said only that the "killing has been reduced" in Syria, and it acknowledged there were sigs of an armed insurgency emerging.

Diplomats and some opposition figures have spoken in far less optimistic tones recently about what may lie ahead for Syria. Some warn that if the crisis is allowed to devolve into full scale civil war, Syria could become a failed state.

An umbrella opposition group hit out Monday at the report, saying the League's mission, which began two weeks ago and was sanctioned by the Syrian government, has so far succeeded only in granting Assad's government more time to violently crush its opponents. The opposition has called on the United Nations to take full responsibility for the monitoring mission.

Assad listed reforms his government has undertaken thus far and vowed they would continue to implement, including amending the constitution. The opposition has dismissed the moves as too little, and too late.

In April, Assad lifted draconian emergency law measures, but largely unaccountable security forces have persisted in their ferocious crackdown that activists say has led to more than 10,000 arrests.

The government says armed insurgents are to blame for much of the violence, and insists 2,000 of security personnel have been killed in attacks.

"Some say that officials who committed murders were not arrested. This is not true. Security forces were not allowed to shoot at citizens unless in certain cases, such as self-defense or if the person was armed," the Syrian leader said. "We're fighting an unprecedented battle in the history of Syria, but victory is near."

The Syrian leader said it is hard to implement change and reform amid chaos, again blaming the ambiguous "conspiracy" for the lack of significant political change.

In Syria, the warning has a special resonance, given the country's volatile mix of ethnic groups and religious minorities. In the capital Damascus, thousands held prayers Sunday for those killed since the uprising began in March. Christian and Muslim religious leaders attended the service, and throngs packed the city's Holy Cross church, its yards and a nearby street.

Assad vowed to strike back with an "iron fist" against those he has often deemed "terrorists," and said he would "no longer tolerate or compromise with those terrorists who are carrying weapons and have been brain-washed."

Last Friday, a suicide bombing in Midan, one of the few neighborhoods in central Damascus killed 26 people, including 15 who have not been identified.

It was the second major attack in the capital in the last few weeks. Authorities said 44 people were killed and 166 injured when two suicide car bombers targeted intelligence agencies Dec. 23.

"These regrettable events have been a serious test for us," Assad said. "It makes my heart bleed, as well as the hearts of Syrians."

Rather than directly addressing the opposition protest movement, Assad's address appeared intended mainly for the silent mass of Syrians who support the call for reforms and greater freedoms, but have chosen not to take to the streets out of fear that the collapse of the Assad regime could plunge the country into sectarian bloodshed.

While Assad acknowledged that Syria has experienced "difficult days" since his last speech in June, his framing of the crisis and his proposals for addressing it, "fall far short of opposition demands," according to an activist who gave his initial reaction to CBS News on the condition of anonymity.

Western efforts to raise the crisis at the U.N. Security Council have been stymied by Syria's ally Russia. Russia has a recently expanded naval base at Tartous on Syria's Mediterranean coast, where it docked a large flotilla headed by the aircraft carrier Admiral Kuznetsov on Saturday.

This story was edited by CBSNews.com's Tucker Reals in London