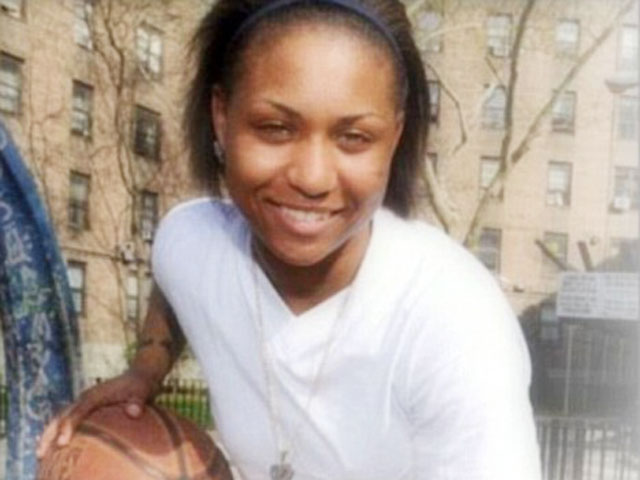 Police arrested 24-yerar-old Terique Collins on Monday on charges of criminal possession of a weapon. Police said they believe Collins gave the gun to one of the two shooting suspects, but Collins claims it's a case of mistaken identity.

"They got my name messed up," Collins said Wednesday during a jailhouse interview, the Daily News reports. Collins claimed he wasn't involved in the shooting and didn't give the gun to suspects Robert Cartagena, 20, and Tyshawn Brockington, 21.

Authorities say Collins is a convicted drug dealer who was released from prison in February, according to the Daily News. Collins reportedly admits to his criminal history but says he's turned his life around.

According to the Daily News, he said he has been working as a barber in the Bronx while taking care of his sick 9-year-old sister and working on rap music in a studio three times a week.

"My mom has to get someone to watch my sister," Collin's said. "I don't know what's going to happen to my record deal."

"It's been stressful," he added. "Especially since I know I didn't do anything wrong."

Nicknamed "Chicken," Murphy was one of the top girls basketball players in New York City.

Witnesses said the 18-year-old basketball star was trying to outrun the shooter in a hallway on the fourth floor of the Grant Houses when she was killed, reports CBS station WCBS.

On Tuesday, Police Commissioner Ray Kelly said investigators were looking for Cartagena and Brockington in connection with the shooting. Surveillance footage caught the two men with guns in their waistbands, Kelly said.

The Daily News reports that police say the shooting may have stemmed from a feud between toughs at the Grant Houses and Manhattanville Houses and that Murphy or her brother may have been involved in an earlier assault.