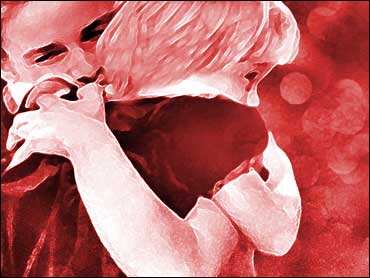 Parents find themselves facing all kinds of situations -- from kids who would rather fight than share, to kids who are fearful of things that go bump in the night.

The Saturday Early Show's family and adolescence counselor, Mike Riera provided advice to the parents who sent email to "Ask Mike" about those problems.

Dear Mike:
My boys, 16 and 10, fuss constantly. My oldest doesn't want to share anything with his brother, even when he isn't using the item. I understand about things that can be broken or used up, but a video game or weight bench I don't understand. What should I do?

We all need boundaries for our sharing, and that's what your oldest son is trying to establish, though a bit too narrowly and rigidly for most of our tastes.

What can this mom do to encourage sharing, but still let her son have some say over his possessions?

Work with him to find a specific number of things to which he can apply what I would call the No Share Veto. This is similar to a tactic used by parents who have younger kids hosting play dates: Anything the child does not want to share they put out of sight, typically in the parents' room. Then have him choose which things he'll put on the No Share List. You, your spouse, and your youngest boy can all do the same kind of thing if you like.

It's important to keep the number of items on the list constant. That is, if he gets some cool new video game that he wants to put on the No Share list, he needs to take something else off the list.

Finally, in any kinds of boundary-setting issues like this, it's also a child's way of saying he needs some more one-on-one time with his parents. So for the next couple of weeks, see if you can get some of that one-on-one time together.

Afraid of the Boogy Man

Dear Mike:
My 11-year-old son, all of a sudden, is afraid to be left alone at home. He's afraid to be in his room alone, and he leaves almost an hour early for school to avoid being home alone. He's afraid of the "boogeyman!" How do I help him through this?

Mike's Response:
This is exactly how normal development works in kids -- it's a few steps forward, one big step backward, followed by a big leap forward. Your son is obviously in the second stage-big step backward.

First, and I know this will surprise many viewers, this is normal for many 11-year-olds: They don't want to stay home alone and have fears of boogeymen and the like. In this regard, what is difficult for many parents to fathom is that most 10-yea -olds are more fearless than most 11-year-olds. Again, this is part of the normal developmental process.

It says a lot about your family that your son is voicing these fears, as many kids never say anything; they just hang around the family all the time. This kind of fear shouldn't last more than a few months, when he'll leap forward and leave these fears in the distant past.

What he needs more than anything is your quiet understanding and reassurance. For you, just knowing that this is normal should help, as it takes erases the fear that something is seriously wrong with your son. Enjoy it, because right around the corner are the teenage years, which can leave parents longing for the good old days of 11 when kids didn't want to be alone.

What if he is not better in a few months?

If there's no progress over the next three months, then consult with his pediatrician or maybe even see a counselor at that point.

For now, accept it and expect it to go away in near future -- he'll pick-up on your confident attitude. The vast majority of kids grow out of this.