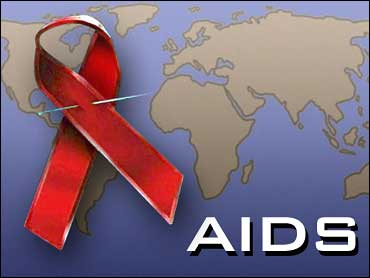 A doctor from Afghanistan stunned a conference on AIDS this month by revealing that he didn't know what the symptoms of the disease were.

Dr. Baz Mohammad Shirzad's statement underscored a lack of awareness in many parts of Asia — even among health professionals — that experts say is still undermining the global war on AIDS, 15 years after the first World AIDS Day galvanized the planet.

In a small step to reduce the ignorance ahead of World AIDS Day 2003 on Monday, U.N. and Thai officials brought 11 doctors and field workers here from Afghanistan, Sri Lanka and East Timor — the kind of areas of recent conflict that experts say are particularly vulnerable to the virus.

They attended a 12-day seminar to learn how Thailand has successfully fought the disease using condoms plus the wisdom of Buddhist monks.

"Thailand is the only country that has had clear success," said Hakan Bjorkman, deputy resident representative of the United Nations Development Program. "This is why Thailand has so much to offer other countries."

Nearly 1 in 60 people in Thailand's population of 62 million has contracted HIV, the virus that causes AIDS. In 1991, the peak of its AIDS crisis, it reported 142,819 new infections.

Mandatory one-minute AIDS prevention ads were broadcast hourly on TV and radio and free boxes of condoms were distributed to prostitutes. In several communities, Buddhist monks taught villagers about condom use and how the disease is spread.

The monks also preach acceptance of AIDS sufferers and temples host support groups. One temple runs a hospice, and many specialize in preparing herbal medicine that alleviates symptoms.

Some of the players in Thailand's success story — field workers, nurses, monks and people living with AIDS participated in the seminar in the northern city of Chiang Mai that included lectures on AIDS orphans, homosexuality, prostitution and religious response.

They visited an AIDS orphanage and villages where people living with HIV are accepted in their communities.

Afghanistan, a country of 22 million people, officially has only 15 HIV cases. Its authorities allow for a maximum of 300, but with no monitoring system in place, this number is impossible to verify.

UNAIDS, the U.N. agency that coordinates the fight, says infection rates in Afghanistan are "likely to be low," but sees several risk factors, including neighboring countries with high-risk behavior, doctors unfamiliar with the symptoms, and the reluctance of the infected to come forward.

"We have never seen a person with HIV/AIDS because they're all hidden," said Dr. Shafiqullah Shahim of the HIV/AIDS Control Department, an Afghan government body set up in July.

"Unfortunately, HIV/AIDS is not a priority of the Ministry of Health."

Shahim estimated that about 10 percent of the population in the capital, Kabul, knows about HIV, and perhaps none in the countryside.

The department's first priority is to ensure the blood supply is safe, Shamim said. Blood banks in only 11 of the country's 32 provinces have HIV testing facilities.

The department is in contact with ministries of education and religion to seek their help in raising awareness.

Another hurdle is Afghanistan's conservative Islamic society, which does not allow open discussion about sex, unlike in Thailand where attitudes are more relaxed.

UNAIDS warns that high unemployment and poverty in Afghanistan could lead to prostitution, setting the stage for a possible epidemic.

But another doctor, Mohammad Zarif Nayebkhill, the provincial public health director in Logar province, insisted, "it will not be a problem in Afghanistan, because Afghanistan is a Muslim country ... There are no sex workers."

Still, he acknowledged that the virus could have been carried by many of the 2.5 million Afghan refugees who have returned to the country since the fall of the Taliban regime two years ago.

"Maybe people from other countries — France, America, Germany — when they come to Afghanistan, maybe there will be more HIV," Nayebkhill said.