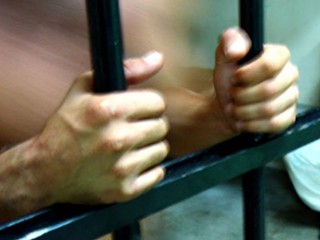 (CBS/AP) LOS ANGELES - The founder of California's Asian Boyz gang, Marvin Mercado, will spend the rest of his life in prison.

A judge slammed him Wednesday with eight consecutive life sentences for a mid-1990s crime spree that included eight murders, in a quest to make his criminal cadre the most feared in Los Angeles.

Superior Court Judge Robert J. Perry called Mercado, 37, a clear danger to society and said only two of his victims were rival gang members while the rest were law-abiding citizens.

"He deserves the greatest sentence this court can impose," Perry said. "The amount of pain and senseless hurt this defendant and his associates have caused is enormous and incalculable."

The bespectacled Mercado did not address the court and was stone-faced as Perry sentenced him to the life sentences without the possibility of parole for the murders.

He also was given 10 consecutive 15-year-to-life sentences for 10 attempted murders, and 50 years on weapons and other charges, also to be served consecutively.

The sentence had been recommended by the jury. Defense attorney Donald J. Calabria said he would appeal.

The sentencing marked the end of a 16-year legal odyssey involving Mercado, who had escaped to the Philippines, married into a wealthy family and lived a luxurious lifestyle under a false name before he was arrested in 2007.

Mercado founded the notorious Asian Boyz in the early 1990s with a schoolmate in the San Fernando Valley, prosecutor Hoon Chun said. The gang had Cambodian, Vietnamese and Filipino factions and included three cliques in the suburbs of Los Angeles and one in San Jose.

Most street gangs make money by dealing drugs, but the Asian Boyz committed burglaries and robberies. That made them hard for police to track because they were not associated with any particular territory.

"They simply went anywhere the money was," Chun said.

In 1995, the Asian Boyz embarked on the violent rampage dubbed the "summer of madness," Chun said.

Los Angeles police finally connected the string of killings and shootings and formed a seven-detective task force to track the gang. A break came when detectives tracking several members

arrested them during a shooting, Chun said.

The arrested members ultimately led police to Mercado, whose quiet leadership style earned him the nickname "Shyboy," and to his brother Pierre, who is awaiting trial on four counts of murder and three counts of attempted murder.

The Asian Boyz still exist, but Chun said the convictions of Mercado and seven other members significantly diminished the gang's criminal activity.

Chun believes Mercado deserved the death penalty but said sentence was appropriate. "I can't complain too much," he said.