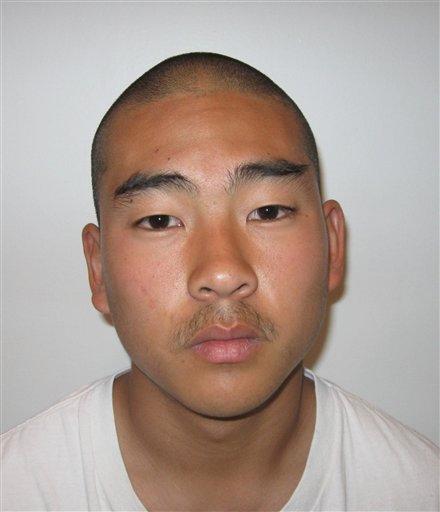 In Bangladesh, a farmer, his wife and daughter drowned when a small boat sank in a flooded lake in northeastern Habigunj district, police said.

The new deaths raised the toll from six weeks of monsoon floods in South Asia to 1,861, according to official figures compiled by The Associated Press. More than 1,000 of those deaths occurred in India, mostly from drownings, mudslides and waterborne diseases.

The death toll could rise as reports arrive from remote areas of western Indian states cut off by the flash floods, officials said. The rains have blocked rail and road traffic in several parts of Gujarat and Maharashtra states.

Rescue workers cleared boulders and debris from two national highways passing through Bombay that were blocked after three days of heavy downpours.

In northern Punjab state, soldiers were posted along the banks of the overflowing Ghaggar River to help rescue people fleeing the floods. The state reported its first deaths, a woman and two children, on Wednesday.

Most of the devastation from the latest phase of flooding has been in Gujarat, a heavily industrialized state, where at least 181 people have died recently. Heavy rains and thunderstorms severed power lines to water pumps used by farmers.

Much of India's farming is done in the north and west. The new federal government feared a drought there would slow the booming economy and spoil its efforts to boost the incomes of villagers who voted the Congress party into power after feeling ignored by the previous Hindu-nationalist government.

In Bangladesh and eastern India, where floods were receding after monsoon rains moved west, officials discussed how to care for hundreds of thousands of homeless villagers while battling waterborne diseases such as diarrhea, dysentery and typhoid.

Nearly two-thirds of Bangladesh was submerged by the worst flooding in six years, and 641 people have died. The government estimates $7 billion in damage to agriculture, industry, housing and infrastructure.

The government says 20 million people — or one-seventh of the population — will need food aid over the next five months.

"It is already clear the country will need a lot of support to get back on its feet."

The United Nations will launch an appeal for international aid next week, he said.