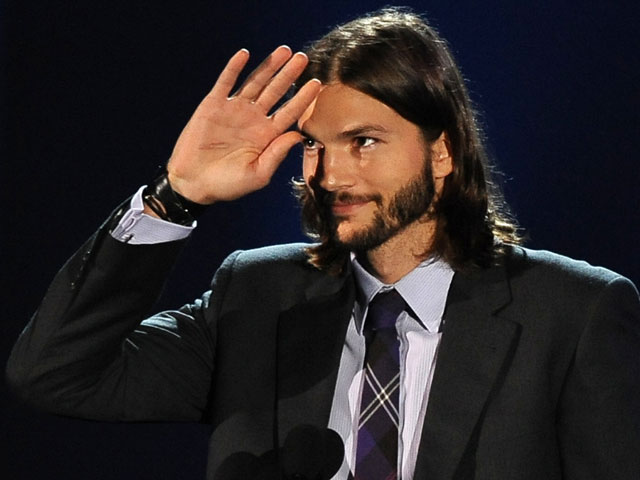 (CBS News) A humbled Ashton Kutcher apologized on his personal blog for his controversial Joe Paterno tweet, and announced that he will no longer be running his Twitter account.

While Kutcher will still make statements through his account, The "Two and a Half Men" star is handing over management to Katalyst Media "to ensure the quality of it's (sp) content."

On Nov. 9, Kutcher tweeted "How do you fire Jo Pa? #insult #noclass as a hawkeye fan I find it in poor taste." from his @aplusk account. Almost immediately, he was inundated by a firestorm of angry replies. He later deleted the tweet and apologized, but since the comment had been retweeted so many times, the damage had been done.

Kutcher explained on his blog that he read a headline on TV that Paterno had been fired, and tweeted without knowing the context. He didn't become aware of the circumstances surrounding the Penn State former head coach's dismissal and the Jerry Sandusky child molestation case until after he had dinner.

"I quickly retracted and deleted my previous post, however that didn't seem enough to satisfy peoples outrage at my misinformed post. I truly am sorry if I offended anyone and more over am going to take action to ensure that it doesn't happen again," he wrote.

Early on Nov. 10, the actor self-imposed a tweeting ban. "As an advocate in the fight against child sexual exploitation, I could not be more remorseful for all involved in the Penn St. case. As of immediately I will stop tweeting until I find a way to properly manage this feed. I feel awful about this error. Won't happen again." he wrote in a series of tweets.

Besides a link to his official statement, nothing new has been posted to his account. It's quite unusual for the actor, who is well-known for being active on the social network. The Guardian reported he had previously threatened to quit Twitter over news that the website planned to launch a TV show in 2007, but he never went through with his claims. However, it seems that in light of the Paterno comment, there will be fewer tweets coming from Kutcher's account.

"A collection of over 8 million followers is not to be taken for granted. I feel responsible for delivering an informed opinion and not spreading gossip or rumors through my twitter feed," he wrote in his statement.

"While I feel that running this feed myself gives me a closer relationship to my friends and fans I've come to realize that it has grown into more that a fun tool to communicate with people.... My sincere apologies to anyone who I have offended. It was a mistake that I don't think will not happen again," he added.

Editors note: Kutcher appears in the CBS sitcom, "Two and a Half Men." CBSNews.com is owned and operated by CBS.