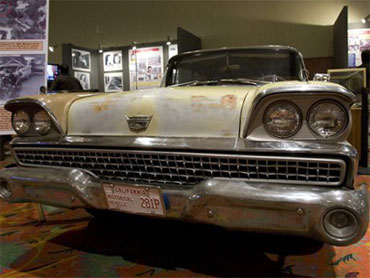 Actress Ashley Olsen is suing "The National Enquirer" over a story that claimed she was involved in a drug scandal.

The Superior Court lawsuit alleges libel and false light invasion of privacy by the tabloid. It names as defendants the publication and its parent companies, American Media Inc. and National Enquirer Inc.

"Freedom of the press is a valuable right, but it is not a license for gossipy tabloids to tar and feather innocent celebrities and destroy their reputations and businesses for the rags' profits," the suit said.

The suit said that while a story in the tabloid's Feb. 21 issue does not actually refer to Olsen using or selling drugs, it implied that she was doing so with a misleading headline and cover photograph depicting Olsen with her eyes half-shut. The photo made it appear she was "drugged" but that the actress "does not use or sell drugs," the suit said.

The article discusses a reported FBI investigation into Olsen's current boyfriend, Scott Sartiano. It says Sartiano, 30, has been accused of using drugs and offering people cocaine and Ecstasy as bribes.

A message left with the National Enquirer in Boca Raton, Fla., was not immediately returned.

The suit seeks $40 million in compensatory damages as well as unspecified exemplary and punitive damages.