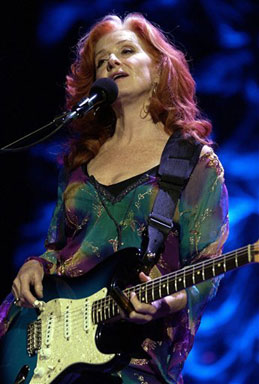 The San Diego Padres are not only playing very well these days, they're catching some major breaks.

As for the Anaheim Angels, they're catching some breaks, too.

Only they're all bad.

Mark Petkovsek's throwing error allowed Carlos Baerga to score from third with the go-ahead run in the ninth inning Tuesday, enabling the Padres to beat the Angels 2-1 for a three-game series sweep.

With runners at first and third and one out, Petkovsek (9-3) faked a pickoff throw to third, but the ball slipped out of his hand and rolled into foul territory between third and home.

Baerga scored ahead of third baseman Jeff Huson's throw to the plate.

"I thought I'd seen everything in baseball, I don't think I've seen that before," said San Diego's Tony Gwynn, who went 1-for-4 with a walk to leave him 17 hits shy of 3,000 in his career.

The win was the eighth in 10 games and 23rd in 29 for the Padres, while the Angels lost their fifth in a row.

Reggie Sanders scored San Diego's first run in the eighth after striking out with one out but reaching first base on a wild pitch by Chuck Finley.

On Monday night, Sanders was ejected in the eighth inning of a 1-1 tie, and his replacement, Ruben Rivera, hit a three-run homer in the 10th to give the Padres a 4-1 victory.

"We're definitely finding ways to win," said Trevor Hoffman, who blanked the Angels in the ninth for his third save in as many days and 25th in 28 chancs. "We're not going to look a gift horse in the mouth, we'll take it."

Pinch hitting for George Arias, Baerga opened the ninth with a single and took third on a single by Ben Davis, who failed twice on sacrifice attempts.

Damian Jackson then struck out and Petkovsek was pitching to Quilvio Veras when the ill-fated pickoff fake took place.

"You have things like that happen over the course of your career," Petkovsek said. "Unfortunately, it happened at the wrong time. It probably won't be the last time I make a blockhead error like that."

"I tried to give a good hand-fake, and steal an out. Maybe my hand was too sweaty, it just came out. It stings bad. The whole thing about losing stings. You battle for nine innings and a crazy play like that decides it."

Andy Ashby (9-4) allowed one run and five hits in eight innings before turning things over to Hoffman.

Anaheim scored its run when Darin Erstad homered on Ashby's first pitch, the seventh leadoff homer of his career.

But the Angels, who have scored only nine runs during their losing streak, wouldn't score again.

"That's never the way you want to start out," Ashby said. "Warming up in the bullpen, I don't think I threw a strike. I just tried to get ahead with a heater, a sinker, and it stayed up."

"The defense picked us up. I made some pitches to get some key outs today to stay way from the big inning."

Finley held the Padres scoreless until Eric Owens hit a two-out, ground-rule double in the eighth that drove in Sanders, who stole second after reaching base on his strikeout and took third on Phil Nevin's grounder.

Petkovsek relieved and threw a called third strike past Rivera to end the inning, but things wouldn't go so well for him in the ninth.

"I've never sen a play like that," Baerga said. "We keep playing good baseball and keep coming back in the late innings. This team never dies, it's something unbelievable, what we're feeling here right now."

Finley, who has won only once since June 2, entered the game having allowed 32 earned runs in 22 innings during his last five starts. He was a different pitcher on this day, giving up just one run, three hits and five walks in 7 2-3 innings while striking out six.

Gwynn, a winner of eight NL batting championships, served as San Diego's designated hitter for the second straight day after being sidelined for a month due to a strained left calf. He hit second after batting cleanup Monday night for the first time in his career.