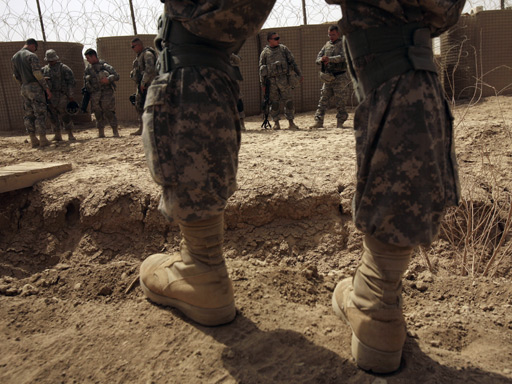 An avalanche of asbestos lawsuits, many filed by people who are not extremely sick, is overwhelming courts and threatening companies even though the cancer-causing substance has not been widely used in the United States for almost 30 years.

More than 60 companies have sought bankruptcy protection since 2000 as a result of mounting exposure claims and hefty settlements over asbestos, a fibrous mineral commonly used until the mid-1970s in insulation and fireproofing material. They include Kaiser Aluminum, Bethlehem Steel, Owens Corning and Armstrong World Industries.

"It's a growing problem when a lot of people thought it was a diminishing problem," said Mike Baroody, a lobbyist with the National Association of Manufacturers. His group has joined with the American Insurance Association to lead an alliance that is pressing Congress for relief.

An estimated 200,000 claims are pending in courts, with more than 90,000 filed just last year. As more companies seek bankruptcy protection, new lawsuits target those that have only remote ties to asbestos.

"Claims are being put to anybody that's got money to pay," said David Bernick, a Chicago lawyer who represents two companies in bankruptcy — W.R. Grace, a supplier of construction chemicals and building materials, and Babcock and Wilcox, an engineering company.

His clients also include automakers Ford, General Motors and Daimler Chrysler, which are fighting suits over asbestos once used in brakes.

W.R. Grace did not make asbestos, but used it in fireproofing material. The company filed for bankruptcy in April 2001 after seeing an 81 percent increase in asbestos claims the year before.

Only about 10 percent of the claims involve people working in the construction business, Bernick said. Most are from people who at one time were inside a building containing asbestos fireproofing material.

Some lawyers representing very sick people fear that compensation for their clients is becoming more remote as more companies seek bankruptcy protection. Several of those attorneys have joined the business alliance alongside companies and insurers once their traditional opponents on the issue — to lobby Congress.

"The only way, ironically, that people who are sick can get the compensation they need is to work with these companies," said Steve Kazan, a San Diego lawyer.

The alliance is seeking legislation that would give priority to the claims of the most seriously ill while preserving the rights of others to sue if they should become very sick.

It also wants to restrict where asbestos suits can be filed, arguing that lawyers are targeting courts where sympathetic juries have awarded big settlements to plaintiffs, including Mississippi, West Virginia and east Texas.

However, Congress has never passed asbestos-related legislation over the past three decades, and Fred Baron, a Dallas lawyer who represents people exposed to asbestos, said he doubts it ever will because there is no national crisis.

Symptoms from asbestos-caused cancer and lung disease usually do not appear until 20 to 40 years after exposure. Many people are just now learning they are sick, while others who are not showing severe symptoms fear statutes of limitations will run out if they do not file now.

"It's the claims of people who are not sick that are overwhelming the system, adding to this burden of liability in ways a lot of people didn't foresee," Baron said.

About 10 percent of claimants in the past decade had some form of cancer, and about a third had developed the lung disease asbestosis, said Stephen Carroll, an economist at the Rand Institute for Civil Justice who has studied asbestos litigation.

Baron and other lawyers who represent workers not severely disabled say their clients still have been harmed and deserve to be compensated.

"The principle in the law is very clear, that if you have an injury that is diagnosable ... you have a right to file a claim," Baron said.

He says many companies filing for bankruptcy protection are just reorganizing and then emerging much stronger.

So far, companies and insurers have paid out more than $20 billion in claims and legal fees. The ultimate cost of resolving the lawsuits has been estimated to reach as much as $200 billion.

"The defense is arguing that those who had little or no responsibility for making anyone sick from asbestos are being dragged into the litigation," Rand's Carroll said. "The opposite point of view says these people are responsible, too."

The pool of potential claimants is huge and experts fear lawsuits and bankruptcies could continue another 50 years.