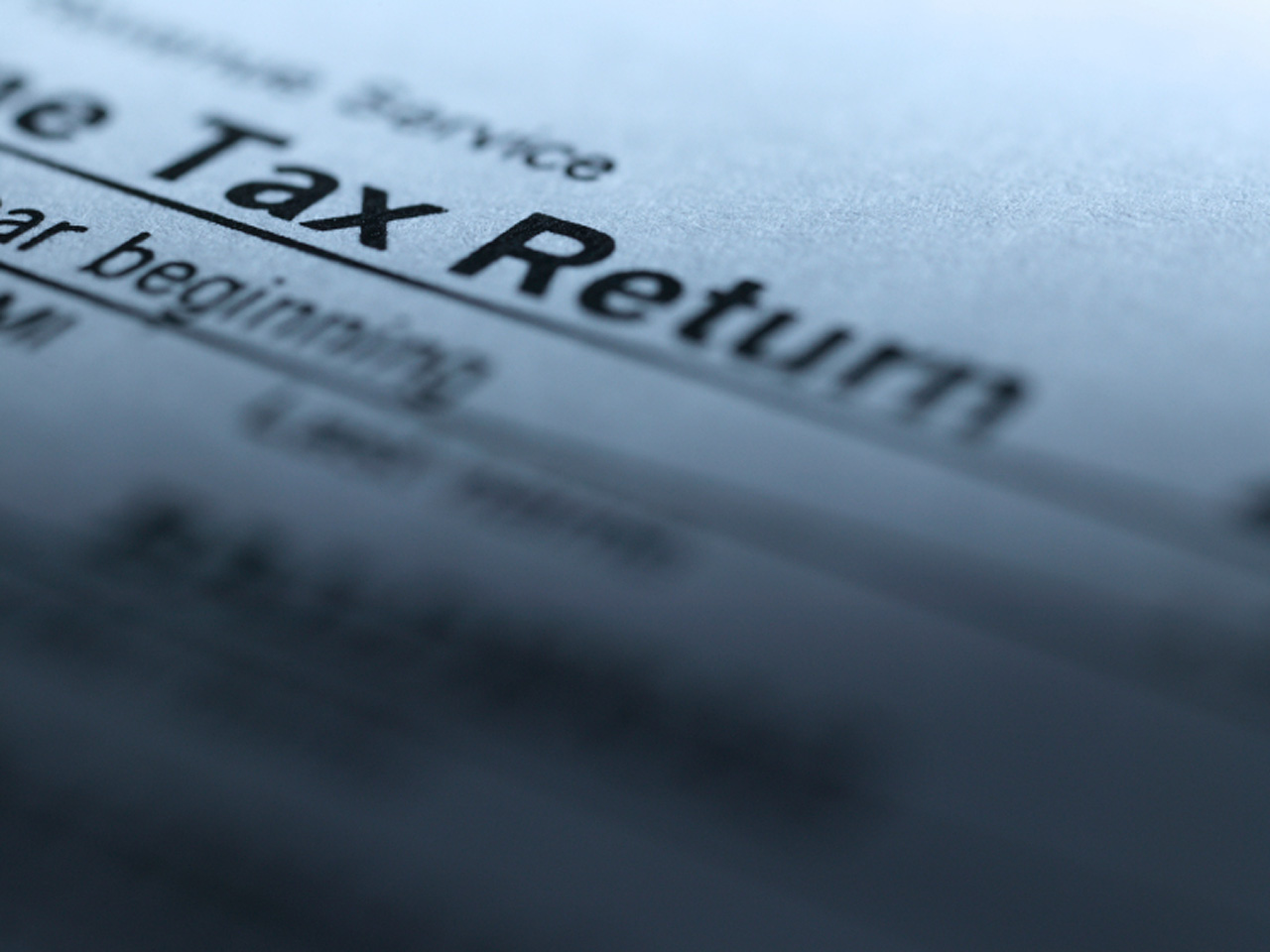 WASHINGTON (CBS/AP) In an almost annual ritual, Congress is letting a package of 55 popular tax breaks expire at the end of the year, creating uncertainty - once again - for millions of individuals and businesses.

Lawmakers let these tax breaks lapse almost every year, even though they save businesses and individuals billions of dollars. And almost every year, Congress eventually renews them, retroactively, so taxpayers can claim them by the time they file their tax returns.

No harm, no foul, right? After all, taxpayers filing returns in the spring won't be hurt because the tax breaks were in effect for 2013. Taxpayers won't be hit until 2015, when they file tax returns for next year.

Not so far. Trade groups and tax experts complain that Congress is making it impossible for businesses and individuals to plan for the future. What if lawmakers don't renew the tax break you depend on? Or what if they change it and you're no longer eligible?

"It's a totally ridiculous way to run our tax system," said Rachelle Bernstein, vice president and tax counsel for the National Retail Federation. "It's impossible to plan when every year this happens, but yet business has gotten used to that."

Some of these expiring tax provisions are not likely to affect you    - like the reduction in rum excise taxes to Puerto Rico and the Virgin Islands.

But others, well, they might end up costing you. You need to know what tax breaks go away next year, so you can do some planning now to reap some of the savings while there is still time left to do it. Some to consider:

Section 179 expense deduction: This deduction is a whopper for small and mid-size business owners. In 2013, business owners can immediately deduct up to $500,000 of qualifying assets they need to buy to run their business (office and medical equipment, machinery, etc.) But in 2014, unless Congress acts to extend it, the limit that's immediately deductible plunges to $25,000. If you expect to buy more than $25,000 of business use property in 2014, then make those purchases now.

Deduction for state and local sales taxes: Folks who pay little or no state income tax, but incur a large amount of state sales taxes (think about the sales tax you pay when you buy a boat, car, etc.) can choose to deduct as an itemized deduction the greater of the amount they paid in state income OR sales tax. The deduction was retroactively restored for 2012 and is set to expire at year end.

Tax-free IRA distributions to charity: Up until 2011, IRA owners at age 70 1/2 were allowed to distribute from their IRAs up to $100,000 tax free as long as it was sent directly to a charitable organization. This was also retroactively restored for 2012 and is extended through 2013.

This tax break makes more sense for higher income folks than taking a distribution from your IRA and then donating the cash to a charity and claiming an itemized deduction. The reason is that higher income folks will lose some of their itemized deductions because of the deduction phase-out that was enacted in the beginning of this year. Instead make a donation directly from the IRA and the IRA distribution to the charity would be 100% tax free.

Educators expense deduction: A tax deduction of up to $250 of out-of-pocket costs for school and classroom related supplies will expire at the end of 2013. I don't think this tax break will really be a budget buster for educators and their families, but every little bit helps.

Energy-efficient home improvement tax credits: A tax credit of $500 for the cost of specified energy-saving home improvements to your primary residence will expire at year-end. So if you were thinking of making those renovations, now is the time.

Another related credit - the energy efficient home credit - is also set to expire this year. This is a tax credit of $2,000 per home, which is currently permitted to a contractor who builds a home to be used by the customer as a residence.

Education tax deduction: The higher education tuition deduction, which allows folks to deduct between $2,000 and $4,000 of qualified tuition costs, was retroactively restored for 2012 and will expire at the end of 2013.

Exclusion from income for discharge of debt on principal residence: Folks who walk away from their home leaving the bank on the hook for the unpaid mortgage (through foreclosure, deed in lieu or short sale) are not required to report the amount of unpaid and discharged debt as taxable income in 2013. Troubled homeowners should get these proceedings wrapped up before year-end because in 2014, the discharged debt will be taxable income.

The annual practice of letting these tax breaks expire is a symptom a divided, dysfunctional Congress that struggles to pass routine legislation, said Rep. John Lewis of Georgia, a senior Democrat on the tax-writing House Ways and Means Committee.

"It's not fair, it's very hard, it's very difficult for a business person, a company, to plan, not just for the short term but to do long-term planning," Lewis said. "It's shameful."

With Congress on vacation until January, there is no chance the tax breaks will be renewed before they expire. And there is plenty of precedent for Congress to let them expire for months without addressing them. Most recently, they expired at the end of 2011, and Congress didn't renew them for the entire year, waiting until New Year's Day 2013 - just in time for taxpayers to claim them on their 2012 returns.

But Congress only renewed the package though the end of 2013.

Why such a short extension? Washington accounting is partly to blame. The two-year extension Congress passed in January cost $76 billion in reduced revenue for the government, according to the nonpartisan Joint Committee on Taxation. Making those tax breaks permanent could add $400 billion or more to the deficit over the next decade.

With budget deficits already high, many in Congress are reluctant to vote for a bill that would add so much red ink. So, they do it slowly, one or two years at time.

"More cynically, some people say, if you just put it in for a year or two, then that keeps the lobbyists having to come back and wine-and-dine the congressmen to get it extended again, and maybe make some campaign contributions," said Mark Luscombe, principal tax analyst for CCH, a consulting firm based in Riverwoods, Ill.

This year, the package of tax breaks has been caught up in a debate about overhauling the entire tax code. The two top tax writers in Congress - House Ways and Means Committee Chairman Dave Camp, R-Mich., and Senate Finance Committee Chairman Max Baucus, D-Mont. - have been pushing to simplify the tax code by reducing tax breaks and using the additional revenue to lower overall tax rates.

But their efforts have yet to bear fruit, leaving both tax reform and the package of temporary breaks in limbo. When asked how businesses should prepare, given the uncertainty, Camp said, "They need to get on board with tax reform, that's what they need to do."

Further complicating the issue, President Obama has nominated Baucus to become U.S. ambassador to China, meaning he will soon leave the Senate, if he is confirmed by his colleagues.

As the Senate wound down its 2013 session, Democratic leaders made a late push to extend many of the tax breaks by asking Republican colleagues to pass a package on the floor of the Senate without debate or amendments. Republicans objected, saying it wasn't a serious offer, and the effort failed.

So should taxpayers count on these breaks as they plan their budgets for 2014?

"The best thing I would say is, budget accordingly," said Jackie Perlman, principle tax research analyst at The Tax Institute at H&R Block. "As the saying goes, hope for the best but plan for the worst. Then if you get it, great, that's a nice perk. But don't count on it."