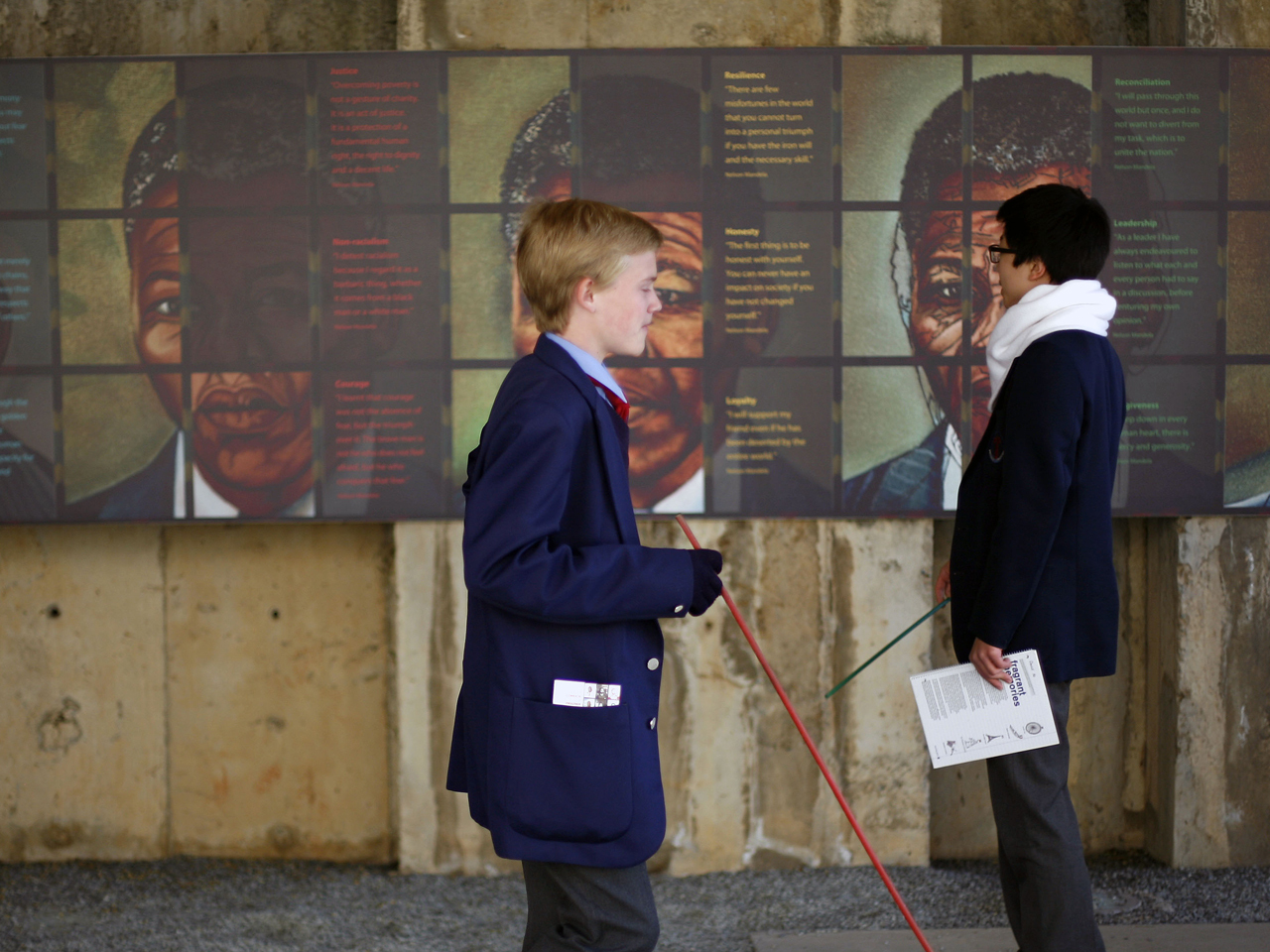 JOHANNESBURG The desk is spotless and books neatly line the shelves in Nelson Mandela's office at a Johannesburg-based foundation that carries his name, but the former South African president and anti-apartheid leader hasn't worked there for years.

The meticulously preserved room is one of many tributes to the legacy of a former prisoner who became so revered for his efforts to reconcile a racially divided nation that many South Africans cannot bring themselves to speak openly about the possibility of his death. That reluctance is gradually eroding as the 94-year-old receives treatment for a recurring lung infection, spending a fifth day in a Pretoria hospital on Wednesday.

President Jacob Zuma called Mandela's condition "very serious" but said he has stabilized, in an interview with state broadcaster SABC. That vague assessment was reiterated yet again by Zuma's office Wednesday morning -- providing no further insight into Mandela's actual condition or treatment.

A trusted CBS News source said earlier this week, however, that the ailing global icon's liver and kidneys were functioning at just 50 percent capacity, and that he had to be resuscitated before even reaching the hospital on Saturday.

Prayers are pouring in for Mandela, adding to a mood of urgency about his deteriorating health that has been compounded by a series of hospital stays in recent months. The description of Mandela as "ravaged by time," in a statement from a foundation led by retired archbishop Desmond Tutu and his wife, speaks to the fragile state of a man who is so mighty in stature.

Concerns about his health already had been heightened in recent weeks after a video broadcast on state television in April showed him silent and unresponsive, even when Zuma tried to hold his hand.

"He was a very fruitful fighter, but he's only human," said Thabiso Masemola, a 21-year-old student. "He's reached a point in life where he needs to rest. Let him go, let him be. He's finished his purpose in life."

Such a view is gaining currency as South Africans become uneasy with the protracted decline of Mandela, who endured 27 years in prison during white minority rule and became the first black president in all-race elections in 1994. At the other end of the spectrum is a stubborn hope that this larger-than-life figure will somehow defy the inevitable.

The aversion to blunt talk of Mandela's eventual demise stems partly from traditional respect for the living, but also from adulation in a country that put Mandela's image on its banknotes and erected busts and statues in his likeness. The intensity of emotion among some South Africans is an indicator of the outpouring of feeling that will accompany Mandela's passing, whenever it comes.

Mzinkosi Tantsi, a driver for a neighbor of Mandela in the Johannesburg neighborhood of Houghton, said it had been a "blessing" to shake the former president's hand.

"I see him as my father," said 12-year-old Kutlwano Hlabana, whose school group was visiting the Apartheid Museum, which documents the repressive system of racial segregation and the fight against it. The Johannesburg site invites visitors to experience a taste of apartheid's arbitrariness by choosing between two entrances labeled "Whites" and "Non-Whites."

For Johannesburg resident Mokgadi Mabuti, Mandela's sacrifice and contribution to reconciliation amount to a psychological balm. She struggles with the idea of his departure even though South Africa, for all its inequality and other social problems, is relatively stable.

"I'm worried about what might happen when he's dead. Most of the things that have happened in South Africa are because of him, so I'm not ready to let him go," she said.

Mabuti would rather skirt the subject of Mandela's eventual end, quoting a biblical passage about the impact of words.

"The tongue is very powerful. What you say with your tongue can speak into the future," she said. "So it's not good that they should speak of him as if he doesn't exist anymore."

Cashing in is on the minds of some in Qunu, the rural village in the Eastern Cape province where Mandela grew up. The Sowetan newspaper reported that a number of people were preparing to rent rooms in their homes on the assumption that there would be a big influx of visitors if he dies.

After his retirement from the presidency, Mandela regularly worked from an office in the recently refurbished building that houses the Nelson Mandela Centre of Memory, which promotes the former leader's values.

The office, which is open by appointment, resembles the kind of hallowed memorial usually reserved for those no longer among the living.

There are framed photographs of Mandela in healthier times with his wife, Graca Machel, former U.N. chief Kofi Annan, fellow activist Walter Sisulu, who died a decade ago, and others. His volumes include the Quran, "A Briefer History of Time" by Stephen Hawking and a book about leadership. A boxing glove, cricket bat and a British police helmet are among the gifts on display.

Glass cases at the center show penned messages in books given to Mandela from people including Nadine Gordimer, a South African author and winner of the Nobel literature prize in 1991. She wrote that the anti-apartheid leader had read a smuggled copy of her then-banned novel, "Burger's Daughter," while held at the Robben Island prison.

"You most likely didn't bring the book back with you when you returned to us, and lived magnificently, untiringly, leading the Struggle, so I thought I'd like to replace the 'imprisoned' copy," Gordimer wrote.

In his autobiography, "Long Walk to Freedom," Mandela summarized a life of struggle:

"I have walked that long road to freedom. I have tried not to falter; I have made missteps along the way. But I have discovered the secret that after climbing a great hill, one only finds that there are many more hills to climb."

Now he is climbing the last hill.