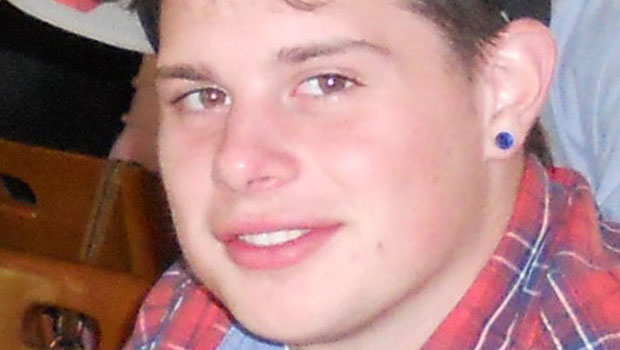 Zachary Gys, a gifted high school athlete from Lowell, Mass., was popular and good at school.

As a parent, Griffin had always been on the lookout for signs of drinking, not drug use, in her children.

When she found out Zachary was taking pills, she told him to "knock it off."

"I didn't realize [with] the prescription pill. By the time a parent knows, it's almost too late. That's my experience. Because they can act normal, and other than a few subtle changes, you don't even realize it. So I missed some of the signs I should've seen," she said.

In the four years that followed, Zachary went from taking Percocet to oxycontin to heroin. He died on July 19, 2013, one month shy of his 22nd birthday, of a morphine overdose.

With the support of his family, he had been in and out of treatment centers for most of that time, and had been clean for 60 days prior to his unexpected death.

One hundred and eighty-five people have died of heroin overdoses in Massachusetts since Nov. 2013, according to figures released this week by the Massachusetts State Police. Although statistics for the same period in previous years were not available "our experience and accumulated knowledge ... indicates that these numbers absolutely represent an increased rate of fatal heroin overdoses," said David Procopio, director of media relations of the State Police, in a statement.

That number does not include the state's three largest cities - Boston, Worcester, and Springfield.

Dr. David Sack, CEO of Elements Behavioral Health, a network of addiction treatment programs that includes Promises Treatment Centers in Malibu and Los Angeles, told CBS News that, "There's no question that deaths linked to heroin have increased in the last five years. It's been going up steadily."

"There is an epidemic of prescription drug abuse that involves medications that are opiates, and heroin is sort of the king of opiates," said Sack.

Sack believes the ease with which addicts can access heroin, once only found in "bad" neighborhoods, has opened the drug to the middle class.

Another problem may be the government's crackdown on prescription drugs.

"[Prescription opiates] have become much more expensive, the government has been seizing prescription opiates, they've been cracking down on doctors who are prescribing them without medical reason and as a result, the price of prescription opiates have gone up and so that tends to put pressure on addicts to look for other solutions and right now, by comparison, heroin is cheaper and more potent. So we think people are being drawn to heroin in part because they can't get access to the drugs they had been using," said Sack.

Griffin and her family tried as much as they could to help Zachary, sending him to treatment programs both in Massachusetts and even Florida, as there were often hurdles getting help in her home state.

"The beds are full all the time, or there's a waiting list, or they have to go into holding. And you know when they ask for help, you have to be ready," said Griffin.

"If my son suffered from cancer, I could've gone anywhere and gone to the best hospitals in Boston and gotten the best care," she said.

For four years, Zachary went through a long journey of detox, treatment, and relapse, which Griffin describes as a "rollercoaster."

"He would be okay for 30 to 60 days and then he would relapse," said Griffin. "I was trying to understand why. And I'm not sure he even knew why. I would say, 'Why don't you just drink?' and he would say, 'Well you know, this is quicker.' He said he felt no pressure when he did it."

Griffin, afraid of the stigma linked to addiction, didn't tell anyone beside her immediate family that her son had a problem.

"It's such a disease of embarrassment and shame. Even in my son's passing, people want to believe that the parents had something to do with his death, that we didn't do enough and that we didn't care enough," said Griffin.

However, now she talks to "with anyone who will listen," about Zachary' addiction and death, in the hopes of helping another family going through a similar situation.

"I don't want my son's death to be in vain. And I told Zachary when I laid him to rest, that I knew he couldn't fight anymore but I am going to keep fighting, and I will keep fighting until I take my last breath," she said.

During Zachary's funeral, Griffin placed inserts about addiction in his funeral program.

"I want more attention to this disease, I don't want a parent to have to bury their child. It's the hardest thing, it's the worst thing that anybody would ever have to do," said Griffin.