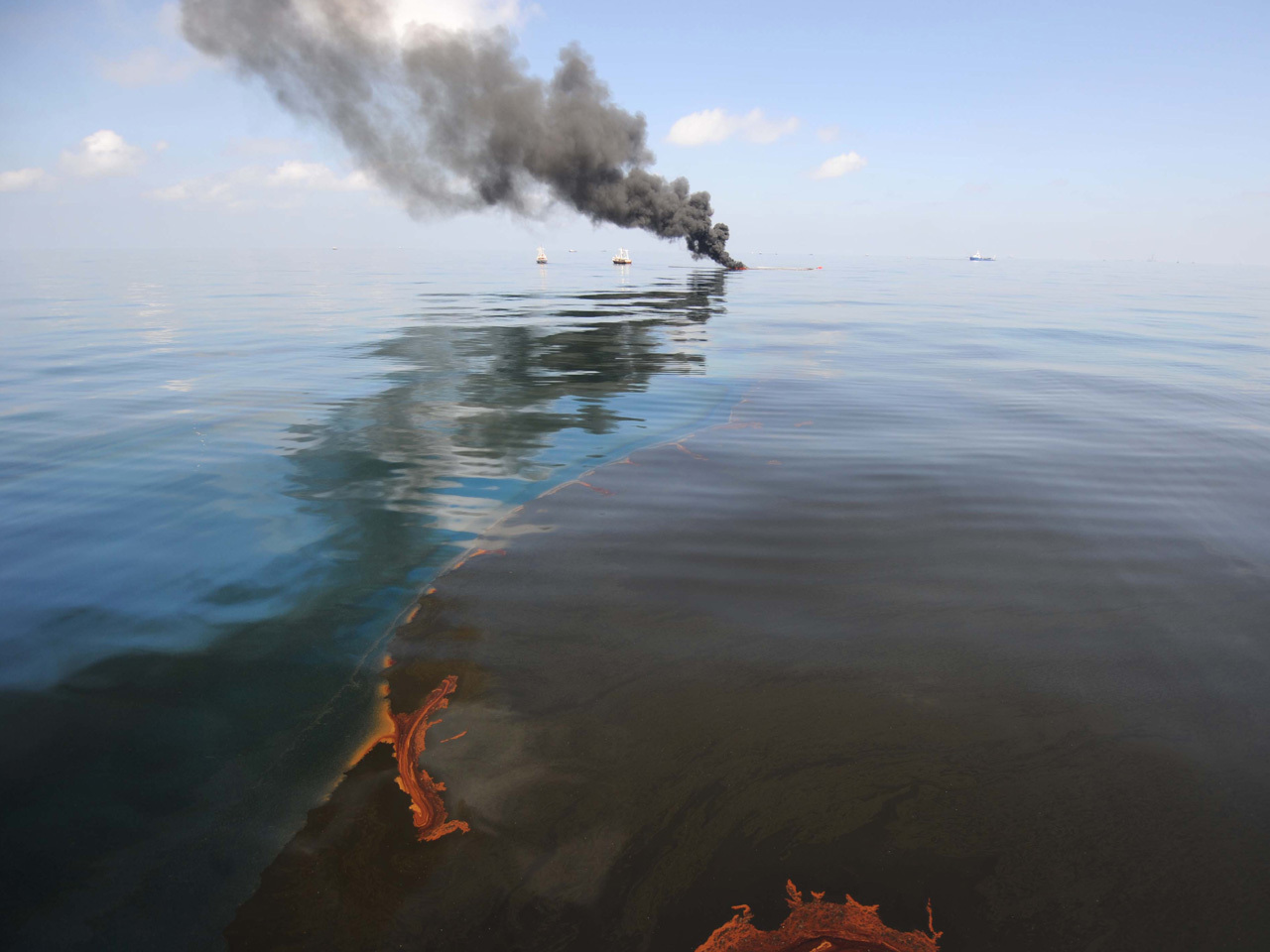 NEW ORLEANSA trial over BP's 2010 oil spill in the Gulf of Mexico has resumed with a federal judge hearing claims that the company misled federal officials and withheld information about the amount of crude spewing from its blown-out well.

During opening statements Monday for the trial's second phase, plaintiffs' attorney Brian Barr said BP failed to prepare for a blowout and compounded the problem by lying about how much oil was flowing from the well.

BP attorney Mike Brock said second-guessing the company's efforts to cap the well is "Monday morning quarterbacking at its worst."

Advocates say Juneteenth's federal recognition is only the beginning

U.S. District Judge Carl Barbier is scheduled to hear four weeks of testimony for the second phase, which also is designed to help the judge determine how much oil spilled into the Gulf.

Billions of dollars are at stake as the two sides argue over how much oil spewed into the Gulf of Mexico.

The government and BP have different estimates; establishing how much oil leaked during the 86-day struggle to cap the well will help determine the penalties the oil company must pay.

U.S. District Judge Carl Barbier is expected to hear two hours of statements on Monday from lawyers for BP and for Gulf Coast residents and businesses who claim the spill cost them money.

The second phase is divided into two segments. The first explores methods BP employed to cap the well. The second is designed to help Barbier determine how much oil spilled into the Gulf.

The first phase ended in April after Barbier heard eight weeks of testimony about the causes of the blowout.

BP insists it was properly prepared to respond to the disaster, but plaintiffs' attorneys will argue the London-based global oil company could have capped the well much sooner if it hadn't ignored decades of warnings about the risks of a deep-water blowout.

The plaintiffs' lawyers, who are teaming up with attorneys for the five Gulf states and two of BP's contractors for the second phase of the trial, also claim BP repeatedly lied to federal officials and withheld information about the volume of oil that was flowing from the well.

"It should pay the price for its choices. BP should be held accountable for the lengthy delay caused by its fraud," they wrote in a pretrial court filing.

BP maintains its spill preparations complied with every government requirement and met industry standards. But the April 20, 2010, blowout of its Macondo well a mile beneath the surface of the Gulf of Mexico and 50 miles off the Louisiana coast presented "unforeseen challenges," the company's attorneys wrote.

"With these uncertain and unique conditions, one overarching principle governed the team's work: 'Don't make it worse,'" they wrote, saying BP deserved "recognition, not condemnation" for its spill response efforts.

It took BP 86 days to finally stop the gusher, with industry jargon for different capping methods like "top hat" and "junk shot" becoming buzzwords. The debacle inspired numerous online spoofs, including one that portrayed BP executives fumbling as they tried to clean up a coffee spill in an office.

The second phase is scheduled to last 16 days over four weeks. The last three weeks will focus on the question of how much oil spilled into the Gulf.

Under the Clean Water Act, a polluter can be forced to pay a maximum of either $1,100 or $4,300 per barrel of spilled oil. The higher maximum applies if the company is found grossly negligent, as the government argues BP should be. But the penalties can be assessed at amounts lower than those caps. Congress passed a law dictating that 80 percent of the Clean Water Act penalties paid by BP must be divided among the Gulf states.

Judge Barbier has outlined a rigid schedule for attorneys to present their arguments and evidence - and a court reporter will use a chess clock to keep track of time.

The judge set no strict time limits during the trial's first phase, which ended on April 17 after the judge heard eight weeks of testimony about the complex chain of mistakes and failures that caused the blowout.

The first phase featured testimony from high-ranking company executives and rig workers who described their harrowing brush with death after an explosion on the rig Deepwater Horizon killed 11 of their colleagues. The second phase will consist almost entirely of technical testimony by dueling experts in several scientific disciplines.

Government experts believe the oil was flowing from the well at a higher rate shortly after the blowout than it was when the well was sealed with a capping stack, which was equipped with a pressure gauge. BP's experts concluded that flow rates increased over time, due in part to the erosion of steel rams on the rig's blowout preventer.

For the first phase, lawyers for Gulf Coast residents and businesses and for the Gulf states were adversaries with Deepwater Horizon owner Transocean Ltd. and cement contractor Halliburton. But they are aligned against BP and Anadarko Petroleum Corp., a minority owner of the Macondo well, for the second phase.

Barbier ultimately could decide how much more money BP and its contractors owe for their roles in the deadly disaster. A "penalty phase" for the trial has not been scheduled yet.

Transocean and Halliburton argue that their share of responsibility should be reduced as a result of BP's alleged misconduct in planning for and responding to the spill.

In May 2010, BP tried in vain to use the "top kill" method to stop the flow of oil by pumping mud and other material into the blowout preventer. Plaintiffs' lawyers claim BP knew the strategy was doomed to fail based on higher flow rate estimates that the company didn't share with federal officials at the time.

"These lies and omissions delayed the capping of the well," they wrote.

A capping stack ultimately sealed the well on July 15, 2010. BP said the device was specifically built for the "unique challenges" of the Macondo blowout.

"Neither (federal) regulations nor industry standards required a capping device when responding to a deep-water blowout, and no deep-water blowout had been secured with such a device previously," company attorneys wrote.