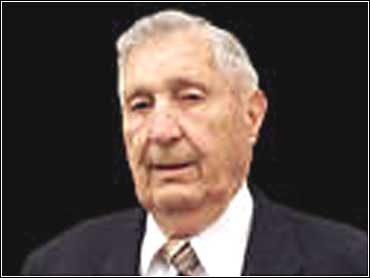 An Internet millionaire has paid $250,000 for the 20-acre Aryan Nation compound in northern Idaho and plans to turn it into an educational center for human rights issues, The New York Times reported Wednesday.

Greg Carr, founder and former chairman of the Internet service Prodigy, purchased the Aryan headquarters near Hayden Lake from a mother and her son who were victimized by the white separatist group.

Victoria Keenan and her son, Jason, were chased, shot at and terrorized by Aryan Nations security guards in 1998. Last year they won a negligence lawsuit in civil court, getting a $6.3 million judgment against Aryan founder Richard Butler and his organization, bankrupting the group.

The Keenans obtained the title to the property last month in bankruptcy court, announcing their wish to sell it to a group promoting human rights.

The compound contains numerous buildings, including Butler's home, a bunkhouse, a guard tower and the chapel of Butler's church.

Carr, 41, an Idaho native, paid for the property from his personal foundation, the Carr Center for Human Rights Policy at Harvard University. He said it would have been too easy to just burn down the buildings that still contain Nazi flags, copies of Mein Kampf, weapons and racist flyers.

"We're not just going to tear the place down and pretend it never happened and say, `There, we've cleaned up our image as a state,'" Carr told the newspaper. "We're going to leave it there and acknowledge that this kind of hatred still exists and that we'll battle against it. The center will be an acknowledgment of the fact that we've got work to do."

Carr said plans were still being made for the new center.

Butler remains in the area. Vincent Bertollini, a former Silicon Valley millionaire investor and one of Butler's biggest supporters, bought a small bungalow for Butler not far from the old compound.