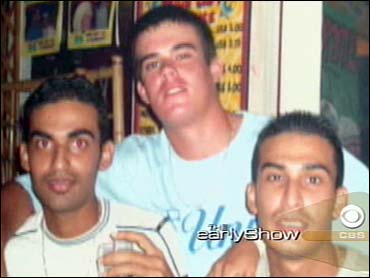 Aruba's chief government spokesman said Friday that three young men detained in the disappearance of an Alabama teenager have not been formally charged but could be as soon as Monday.

Earlier, Aruba's attorney general, Karin Janssen, told The Associated Press that the young men had been charged with murder since their arrest three weeks ago.

"The three have been charged with the murder of Natalee Holloway from the beginning" of their arrest 10 days after the young woman went missing May 30, she said in a recorded interview. "At the time, we didn't want to upset the family talking about murder while they searched."

However, Janssen said, the charges were not announced at the time to protect the feelings of the family of the missing 18-year-old. The attorney general and other Aruban officials have said for weeks that no one has been charged in the case.

"This a question of semantics. It's been a problem since Day One," Trapenberg said. "The charging is a formal process that happens later on. It could happen as soon as Monday."

The three who have been detained are Dutch honors student Joran van der Sloot, 17, and two Surinamese friends of his, brothers Deepak Kalpoe, 21, and Satish Kalpoe, 18.

There are no still definitive answers about what happened to Holloway, reports CBS News Correspondent Steve Futterman. Few believe there is any chance that she is still alive; search crews are essentially trying to find her body.

Also Friday, Aruba's government on Friday defended its handling of the investigation, saying many of the criticisms arose from misunderstandings of the Dutch legal system used on the Caribbean island.

Police have been criticized for letting more than a week go by without detaining the three young men last seen with Holloway and for waiting 16 days after she went missing before searching the home of one of them, a 17-year-old Dutch youth.

Ruben Trapenberg, spokesman for Prime Minister Nelson Oduber, defended the police work, saying the government has put 21 detectives on the case and exceeded the budget with overtime the past month.

Trapenberg also mentioned the 70 Dutch Marines on the island who helped in initial searches and were called back Thursday to comb the island again.

"They do not bungle cases," Trapenberg said in a telephone interview with The Associated Press. "Aruban police and prosecutors are professional forces that have been successful."

Prosecutors have an 89 percent conviction rate on the Dutch Caribbean island, he said. Violent crime is rare in the tourist haven.

Asked why two of three suspects were transported together, apparently giving them the opportunity to compare or arrange their stories, Trapenberg said that was done to secretly monitor what they might tell each other.

Late Thursday, CNN captured images of van der Sloot, and Deepak Kalpoe handcuffed together, being put in a car to leave San Nicolas prison. It wasn't clear where they were being taken.

The Kalpoe brothers and van der Sloot were the last ones seen with Holloway the night she disappeared. Police questioned the three that same day but did not detain them until June 9. Two other people, including van der Sloot's father, Paul, an island judicial official, were detained and released.

"One of the techniques is that after hearing separate stories and getting nowhere, prosecutors will have suspects confront each other," said Trapenberg. "The U.S. system might be different, but this technique has worked in the past here."

Trapenberg also said that police initially did not have any cause to hold the young men.

"Because of a lack of evidence of any crime, they opted for different tactical and monitoring techniques," Trapenberg said. "If they had arrested them immediately, they would never have collected evidence."

The three detainees were scheduled to go before a judge Monday to learn whether their detentions would be extended another 60 days. Under Dutch law, detainees can be held 116 days before being charged.

Natalee's mother, Beth Holloway Twitty, has repeatedly criticized investigators, saying that if she did not get answers soon she would believe they were protecting someone — probably Joran van der Sloot because of his father's position.

"Prosecutors couldn't even attempt a cover-up because they know better than anyone that this case is under a microscope," Trapenberg said.

Aruba also has welcomed foreign rescue groups like Texas EquuSearch and allowed the FBI to help in the investigation, Trapenberg said.

"If an Aruban girl is lost in the U.S., are they going to let Aruban police investigate there?" Trapenberg asked.