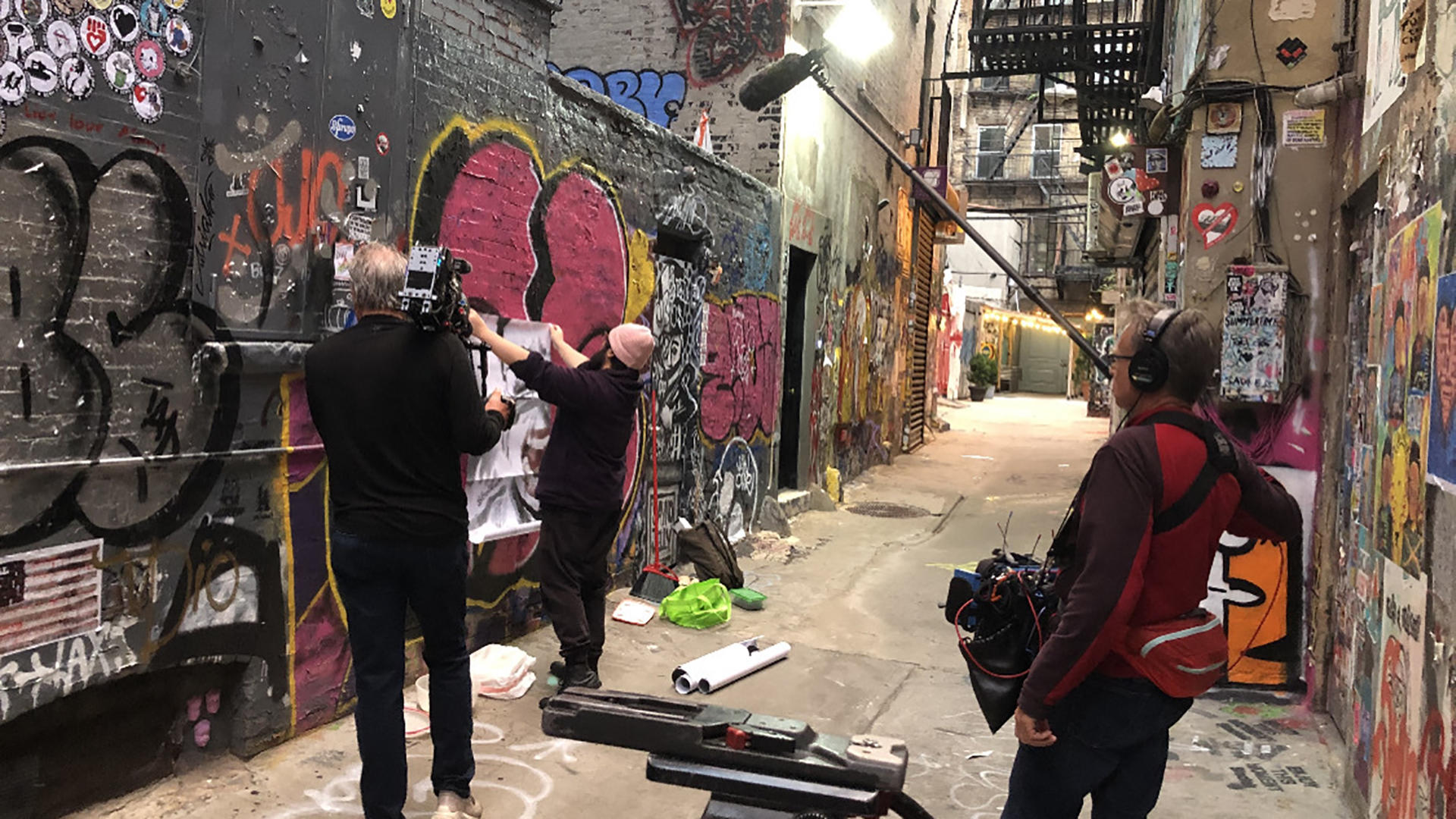 Every once in a while, an artist creates work so bold that it makes the world—and "60 Minutes"—stop and take notice.

Just as their mediums differ, the artists "60 Minutes" has profiled also have varying perspectives on what their work means. Some artists believe art should be nothing more than a thing of beauty. For others, being an artist means being an activist.

This week, correspondent Jon Wertheim turns the spotlight on Chinese political cartoonist Badiucao. When China hosted the 2022 Winter Olympics, Badiucao wanted to show the world a visual argument for why he thought his native country was unfit to host the games.

Now in exile living in Australia, Badiucao knows that, even outside China, criticizing the Chinese communist party can have severe consequences. It is why he goes by Badiucao, a pseudonym that he says has no meaning.

But no matter what you call him, Badiucao's art has aggravated the Chinese regime.

"I guess it's this attitude that I don't care about how serious you are, how dangerous you are," he told Wertheim. "I'm just going to be myself. I am an individual. I'm not controlled by any authority, certainly not CCP. That scares them. Because all they want is total control."

Art of all types has been a cornerstone of 60 Minutes' reporting over the broadcast's 54 seasons. Here, take a look back at some of the other artists whose work "60 Minutes" has featured.

Calling Mark Bradford a painter is a bit of a misnomer. His large artworks may look like paintings, but there is hardly any paint on them. Instead, they are made from layers and layers of paper, which he tears, glues, power washes, and sands in a style all his own.

In response, Bradford has made paintings out of street posters, including those offering predatory loans in low-income neighborhoods, and created works that address HIV/AIDS, racism, and the complexity of American history.

Because he uses his art to make a statement about society, Bradford told Cooper he does not care about staying popular within the art world.

"I'm not going to wait for somebody else to tell me my work has value," he said. "I certainly wasn't going to wait on people to tell me I had value. I'd probably still be waiting. It has value because I think it has value. And then if other people get on the value, you know, Mark Bradford value train, great."

"I think every art, if it's relevant, is political," Ai told Holly Williams when she interviewed him for 60 Minutes in 2017.

As Williams reported, Ai is one of the most successful contemporary artists in the world. He's a designer, sculptor, photographer and blogger who has earned fans by using his art to ridicule authorities and make social statements. Turning his focus to the plight of refugees in recent years, Ai made an installation from the discarded clothes and shoes left by those fleeing to Europe. He filled a pond at a museum in Vienna with migrants' life jackets.

But in China, Ai's art has gotten him harassed by police, thrown in detention, and even driven out of the country.

"I think artist and activist is the same thing," Ai said. "As artist, you always have to be an activist."

French photographer JR may not be immediately recognizable, either in image or name, but his giant photographs probably are—they've appeared in some 140 countries around the world. With his oversized photographs, JR wants his art to make a statement about everyday people.

What does he hope to say? "They exist," he told Anderson Cooper.

The faces JR photographs have been pasted on rooftops in a Nairobi slum, on buildings in Istanbul, on New York City sidewalks, and in a Tunisian police station looted during the Arab Spring. On the wall separating Israel and Palestinian territory, he pasted images of Israelis and Palestinians side-by-side.

JR often photographs people who would otherwise be overlooked or people whose status makes them outsiders in society. He told Cooper he wants people to see the humanity within his photograph's subjects.

"When you look at those face, it makes you want to smile," he said. "By playing the monster, they don't look like monster anymore."

For husband-and-wife team Christo and Jeanne-Claude, art was nothing more than a striking thing to see. So in 2005, when they put some 7,500 gates in New York City's Central Park, each suspending a saffron-colored flag, they didn't do it to make a statement.

Even though the couple didn't have a message, they often had to struggle to create their art. In Germany, they fought six successive presidents for permission to wrap the Reichstag in metallic fabric. In France, they battled Jacques Chirac for 10 years before he eventually allowed them to wrap the Pont Neuf, Paris's oldest bridge, in silky golden fabric. At one point, the pair installed 3,000 giant umbrellas outside Los Angeles and Tokyo simultaneously.

"The Christos are an obsessive, two-headed force of nature," Safer reported in 2005.

This article was originally published on May 12, 2019.